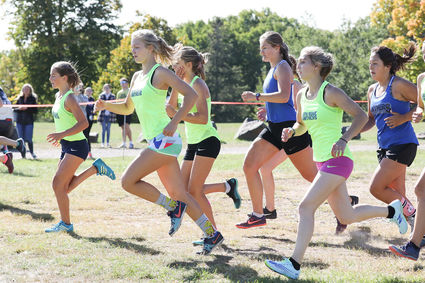 On what Rebels head cross country coach Adam Whealan called a "perfect day for running," the collaborative Moose Lake/Willow River/Barnum team won the boys varsity race last Thursday at Carlton's Chub Lake. The Rebels finished with a team total of 33 in the boys race, while South Ridge took second at 39 points and Carlton/Wrenshall came in third place with 60 points in the Raptors home meet.

"The weather was beautiful and the course was in awesome shape," Whealan said. "It was just an all-around perfect day."

In the girls varsity race, South Ridge ran to the team title with 27 points while Carlton-Wrenshall placed second with 47. Moose Lake/Willow River was third with 51 overall points.

Individually, Panthers runner Addison Burckhardt took home honors in the girl's race with a time of 21:28, almost a minute ahead of second place finisher Emma Cid of Carlton/Wrenshall. Evelyn Broodeen and Jillian Sajdak placed third and fourth overall for the Panthers while the Raptors Sara Cid finished fifth on the day.

"Both the boys and girl's teams ran great races today," South Ridge head coach Jeremy Polson said. "The girls did awesome. It was so nice to see them come away with the win, great to have so many strong runners on both teams."

The Panthers Jimmy Zupancich was second with a time of 18:21, and Carlton/Wrenshall had two finishers in the top five as Jack Riley and Trent Bagne finished third and fourth, respectively.

With the shortened and much different cross country season changed this year, all three teams are just weeks away from the end of the regular season.

The Raptors will be in action Thursday up in Two Harbors, while the Rebels and the Panthers will be racing in Cloquet as part of the Esko Cross Country meet. 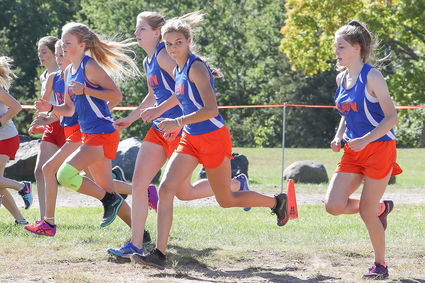