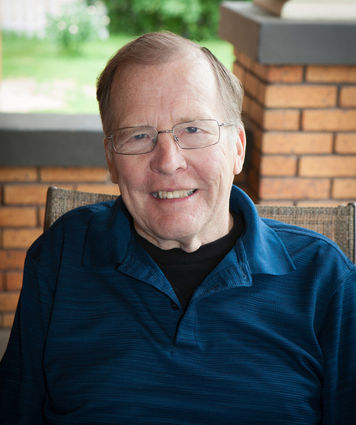 Randy Backe (Gene Randolph), 76, passed away Sept. 28, 2020, at his home surrounded by his family after a courageous battle with cancer.

Randy was a graduate of Cloquet Senior High School and the University of Minnesota Duluth. He was an elementary teacher at South Terrace in Carlton for 33 years and taught hundreds of teenagers how to drive. After retiring, he enjoyed working part-time as a substitute teacher at area elementary schools.

Randy married Carol Sather in 1966 at Zion Lutheran Church in Cloquet, where he was also baptized and confirmed. They recently celebrated their 54th anniversary. Randy was an Eagle Scout and Boy Scouts scoutmaster for many years. He enjoyed playing cards, traveling with friends, planting flowers, decorating at Christmas, stained glass, bowling, reading, hollering at the Vikings and Twins, walking the dog, and going to the fitness center. He finished his first Grandma's Marathon in 1988, with seven more marathons and three half marathons to follow.

Randy was preceded in death by his parents, Gene and Esther Backe, and his brother Jim.

Visitation: 5-7 p.m. Friday, Oct. 9 at Nelson Funeral Care in Cloquet. A private memorial service will be held with burial at Hillcrest Cemetery. In lieu of flowers, donations can be made to Zion Lutheran Church or the Cloquet Education Foundation. To leave an online condolence, visit the guest book at http://www.nelsonfuneralcare.net.