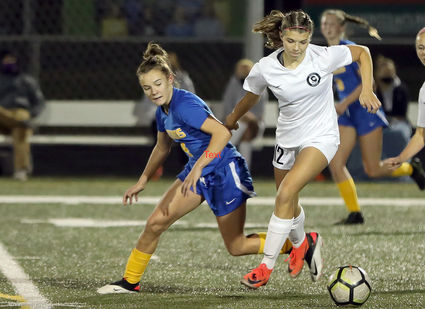 The Cloquet and Esko girls soccer teams wrapped up their regular season last week by playing to a 1-1 draw in Esko. Trailing 1-0 in the second half, the Eskomos got a corner kick that Ava Korby was able to drill into the net to tie the game at 1-1.

"Ava's goal came off a corner kick and she was able to get a direct hit on it," said Esko coach Caitlin Lilly. "She's got a great knack for moving at the right time to where the ball will be. Her timing was key for the goal."

Earlier in the game the Lumberjacks had also scored off a corner kick by Sadie Senich. Senich curled her kick into the net...