Cromwell's Foster is top county runner at section 7A 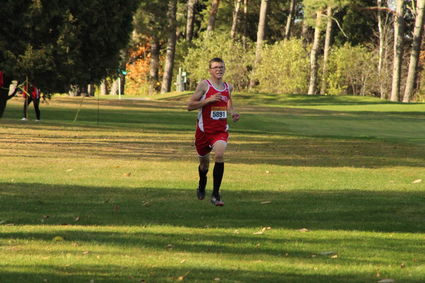 The Cromwell sophomore was happy with his time of 16 minutes, 59.2 seconds, a personal record for the season, and happy with third place, which was his goal, according to his dad. He was facing stiff competition as the first-place winner, Geno Uhrbom, captured his fourth straight section title in 15 minutes, 58.7 seconds Tuesday. The two-time Class A state champion - a senior at Greenway/Nashwauk-Keewatin - finished 27 seconds ahead of second-place finisher Cameron Stocke, a sophomore from Virginia.

Like everything else this year, the section championship was altered by Covid-19 health considerations. Instead of the usual giant race involving more than 20 teams running across the Cloquet Country Club course, this year teams ran in groups of four, with the first race at 10:25 a.m. and the last at 5:30 p.m. The girls teams competed all day Monday, and the boys competed on Tuesday. Final results weren't available until the last race was finished, although cross country fans knew who to look for. Both Stocke and Urbom raced in the first race of the day.

Foster, who finished almost 90 seconds ahead of teammate Tate Blomquist in the fifth race of the day, said the format definitely made things more challenging.

"I just had to visualize people (in front of me)," he said, adding that the wind was another challenge.

Cromwell-Wright Area head coach Pete Koenig said it looked like all of the Cardinals runners PR'd for the season in Tuesday's race.

"Everybody got their best race in the last race," Koenig said. "I'm super proud of the kids. They did very well."

Other Section 7A top finishers for Carlton County included Rebels senior Maverick Koecher, who placed 11th with a time of 17:35.6. Carlton/Wrenshall freshman Jack Riley placed 22nd in 18:18.1, and the Cardinals Blomquist took 26th place in 18:28.6.

Four local teams finished in the top 10, with Moose Lake/Willow River/Barnum taking seventh with 178 points total, South Ridge taking eighth with 259 points, Esko ninth with 298 points and Cromwell-Wright tenth with 321 points. A total of 23 teams competed in the meet.

There is no state cross country meet this year because of the pandemic.

Esko junior Grace Hrabik was the top Carlton County finisher in the girls Section 7A championship Monday, taking 15th place with a time of 21 minutes, 17.7 seconds. Hrabik ran in the fifth race of the day at the Cloquet Country Club, and won that race about 85 seconds ahead of the second-place finisher, Cardinals freshman Aurora Gervais, who took 46th place in the overall Section 7A meet.

There were several other local runners in other races that finished in the top 30, including Addison Burckhardt of South Ridge, who took ninth place in a time of 20 minutes, 35.7 seconds. Burckhardt's teammates, Evelyn Brodeen and Jillian Sajdak, finished in 17th and 27th place respectively.

The Cardinals could have had another top finisher on the girls side. Last year's Section 7A fifth-place finisher, Emaleigh Olesaik, couldn't race due to a stress fracture that started in gym class and got much worse in the Polar League conference meet after taking part of the season off to recuperate. The freshman was on the sidelines to support her teammates. 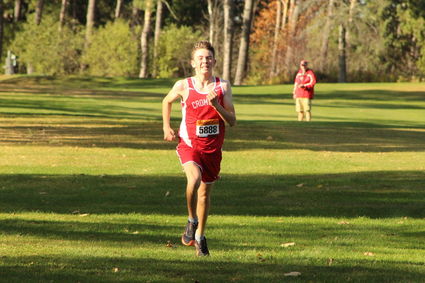 Cardinals coach Pete Koenig said it's been a wild ride, but he'll take it, adding that if Olesaik was going to miss the end of a season, this was the one to do it since there is no state meet.

"2020 was a crazy season, but we were so grateful to have the start of our season, to have the ability to go out and actually do some running," Cromwell-Wright Area head coach Pete Koenig said. "The kids have worked well within the limitations of what the department of health and Minnesota State High School League have set up. Fantastic work by the kids, to get these PRs at the end of the season as well."

South Ridge placed fifth among the girls Section 7A teams with 129 points, while Carlton/Wrenshall took eighth place with 223 points. Sixteen teams competed in the girls races, along with a number of individual runners.