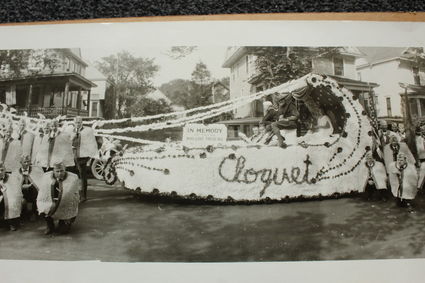 Northeastern Saloon and Hotel owner Bert Whittington shared the photo partially shown above with the Pine Knot News. He bought the photo at a Cloquet American Legion auction when the Legion was moving out of its longtime home on Cloquet Avenue. He believed the men in their unusual capes may have been part of a group called the "woolies" or "woolly bullies" from the Wood Conversion Company, which made balsam wood insulation at its Cloquet plant.

He didn't think the photo was taken in Cloquet, because it would have been after the 1918 f...