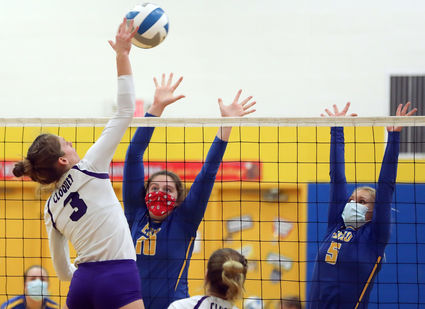 "We have many offensive threats and we were able to spread the ball out," said Esko coach Desi DeLeon after the game. "We have a lot of experience and leadership, and that helps."

The Eskomos were led by 18 kills and 12 digs from Tayia Gregg along with seven kills and 10 digs from Jayden Karppinen.

"Esko had two good hitters in Karppinen and Gregg on opposite sides of the court," said Cloquet coach Heidi Anderson. "We had difficulty blocking and defending them at times. They also are a strong blocking team and gave our hitters some trouble finding the court."

One hitter for Cloquet who had no trouble finding ways to get the ball down on the floor was Ava Carlson, who finished with 10 kills to go along with 17 digs and three ace serves.

"Ava played very steady, kept swinging and she found many ways to score - whether that was off the block, through the block, around the block, and off speed shots," Anderson said. "She just had overall consistent good play on offense and defense and was fun to watch."

The first two sets were close, but a play or two more by Esko made the difference. They also attacked just a little better than Cloquet did in the final points of those two sets. The loss drops Cloquet's record to 6-4 on the season. 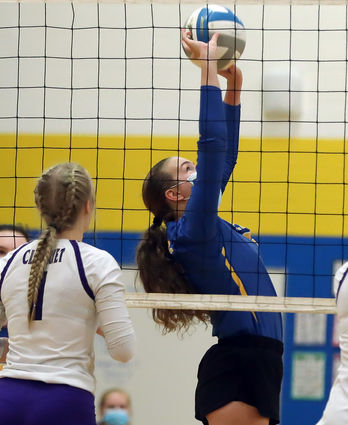 "I felt that it would be a good season for us with almost everyone returning, and they have proven that," said DeLeon of her Eskomos. "Like any team, we can have communications breakdowns occasionally, but they work hard all the time with team goals in mind."