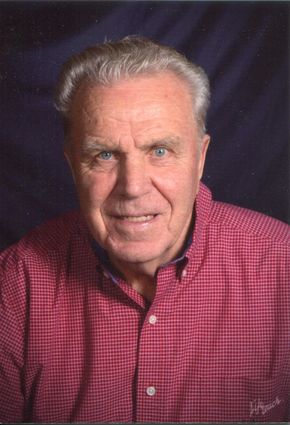 Clifford Leroy Svedahl, 80, of Cloquet passed away Nov. 29, 2020 at Community Memorial Hospital in Cloquet. He was born March 26, 1940 in Crookston to Leonard and Regina Svedahl.

Cliff graduated from Crookston High School in 1958. He was still in high school when he started working at Cretex, a company he would work at for the next 45 years except for two years, 1960 to 1962, when he served in the U.S. Army.

Cliff married his best friend, Kay Fingalso, in Detroit Lakes in 1966. In 1968 they moved to Cloquet and raised their family. Cliff and Kay were truly best friends. They loved their simple life and most enjoyed spending time with each other and with their family.

Cliff retired from Cretex in 2000, and he and Kay enjoyed 15 years of retirement before she passed away.

Cliff was well-known for his caring personality and his sense of humor. He had an uncanny ability to make people smile and laugh. He was a man with integrity. If he said he would do something, it would get done no matter what. He was always willing to help anyone in need and never expected anything in return. He loved his kids with his actions even more than through his words. He adored his grandkids. Cliff had strong family values and instilled those same values in his children.

Cliff was a member of Our Savior's Lutheran Church. He enjoyed going to the Senior Center, shooting pool, and going for bike rides and walks. He was instrumental in getting the outdoor pool in Pinehurst Park. When he was in his 30s, he completed four full marathons.

In addition to his wife, Cliff was preceded in death by his brother Ralph "Bud" and sister Doris Hunt.

Words to describe what Cliff meant to his family are difficult to come by. Love, respect and gratitude are just a few of the words the family would use to describe Cliff. They will miss him dearly.

The pain is bearable because of a quote he left behind in a funeral book the kids found after getting home from the hospital immediately after he passed. If you knew Cliff, then you know it was Kay who made him fill it out. Chances are they were in their sunroom, and Kay pulled out the books and kindly reminded him he said he would do it. He's not mad, maybe a little annoyed, but happy to go along to keep the woman of his dreams happy. She was very organized and not too bad at getting her way with her husband.

In the book there is a quote the family needs to share because it pretty much sums up who Cliff was. The question was: "If I could live my life over, I would ...." His answer: "Change Nothing." Simple and direct. He lived his life to the fullest and had no regrets. What more could his children want to hear? And what a great lesson to be taught throughout your life.

He will be missed, but he is smiling from ear to ear right now as he's reliving all the wonderful memories of his life with his beautiful bride in heaven. They will both live forever together in our hearts.

The family wishes to send out a note to everyone who has called or sent a text about the loss of our dad. Thank you all so much for all the support. It has been overwhelmingly comforting.

Visitation: 10 a.m.-2 p.m. Saturday, Dec. 5 at Atkins Northland Funeral Home, 801 14th St., Cloquet. The family will not be present. If you have been exposed to Covid-19 or have any symptoms, please be respectful and do not attend. A private family graveside will be held at Maple Grove Cemetery. To sign the guestbook and offer an online tribute, see http://www.atkinsnorthlandfuneralhome.com.