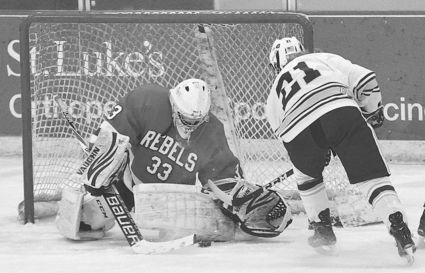 The Pine Knot News photos on this page brings us back to last winter, when. sports were in full swing.

In the movie "Groundhog Day," Bill Murray's character, Phil, is destined to live the same day over and over again. To local high school activities directors and coaches it must seem like they are living life on repeat as they deal with another statewide shutdown.

The old adage "hurry up and wait" is the way of the AD's world.

Cloquet AD Paul Riess said the Minnesota State High School League was scheduled to meet Thursday to determine what the start date for winter season practice and games will be. "It may be Dec. 19, or it may be a later date," Riess said. "The MSHSL may pick a later start date if they feel the governor will extend his orders. They may not want to select dates and then have to go through the process again."

The Cloquet-Esko-Carlton girls hockey team is coming off a state runner-up finish and the excitement of another possible state tournament run has taken a back seat to caution.

"It has been a challenge, but the most important thing is the health and safety of all of the student athletes, their friends and families, and community," said CEC girls head coach Courtney Olin. "Just like in the game of hockey, we are all facing some adversity right now and learning to work through it together. I think our athletic director, Paul Riess, and administration, have done a phenomenal job handling all of the changes and pressure put on them."

Cromwell-Wright felt the sting of the first pandemic shutdown when the girls basketball team reached the semifinals of the state basketball tournament only to see the tournament cancelled. Coach Jeff Gronner, who doubles as the head football coach, said the shutdown has allowed him to concentrate on things that usually fall between the cracks.

"I am using this time to actually get end-of-year football things done and not be rushed," Gronner said. "Handing in equipment has always been rushed because I have usually already started girls basketball when football is done, so this year I can get things organized properly and have end-of-the-year meetings before I start focusing on hoops."

Esko boys basketball coach Derek Anderson said he is in the same limbo as coaches across the state. "It has been very difficult mainly because there are a lot of unknowns which makes it frustrating to plan and schedule," Anderson said. "There is also the uncertainty of when the season will actually start. Athletes are also finding it hard to stay ready with gyms being shut down and the weather getting colder."

At Northwoods Credit Union Arena in Cloquet, CEC boys coach Shea Walter is trying to keep his players in the loop. "Getting information out to the players and parents is so different without having the ability to meet in person and games are being pushed back with an already shortened season," he said. "We are trying to stay optimistic and positive. We are telling them to stay active and keep a positive mindset. Fortunately, a good portion of our team was able to participate in a bridge season this fall. That kept them at least playing and competing and keeping the rust off. When we are able to get back, our players will be ready and are hungry to get going."

No one is jumping the gun in such an uncertain time, at least until everyone finds out if the shutdown will be extended past Dec. 18.

"We are not scheduling any games right now as we do not know when the start date is going to be or how long the season will be," Riess said. "Initially the schedule was reduced for winter sports. We are waiting to hear if it will be reduced further and if the season will be extended at all."

As of now there is no practice until the shutdown is lifted. All gyms and hockey arenas are closed and organized gatherings are not permitted.

Another issue individual schools face is how they will deal with sports if a school is in distance learning, which most of the districts in Carlton County are doing now. 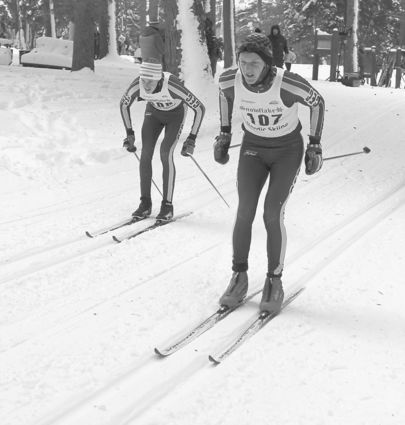 The waiting remains the hardest part.

"I think the uncertainty is the toughest part," Riess said. "I like to be very organized and on top of things. Just waiting around for decisions to get made is hard. Coaches, athletes, and parents want answers regarding their sports and unfortunately we will not have any until after the MSHSL meets on Dec. 3. ... Flexibility at this time is key as no matter what gets decided there is a high likelihood that it will change again."