A fruitful end of line for Line 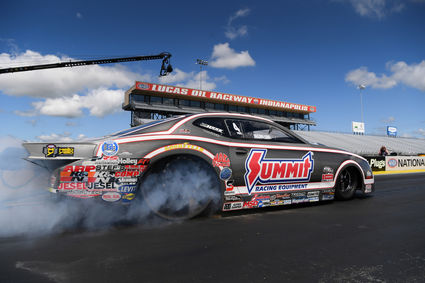 Wright native Justin Line made his professional drag racing debut in 2003 and finshed his career this fall. He won the NHRA Pro Stock rookie of the year award and then three Pro-Stock championships while winning 51 times in his career.

Growing up in Wright, professional drag racer Jason Line wasn't much involved in sports. Perhaps that is what makes it interesting that he went on to a professional sports career that is nearly unmatched at the pro-stock level of racing.

"I liked sports, but wasn't very good so I moved onto something else that I had interest in which was cars," Line said. "My dad had a repair shop and he raced until he had us kids. When we got old enough to have an interest in it, my brother started the ball rolling again."

Line finished an amazing career this season with a runner-up finish in his final ra...