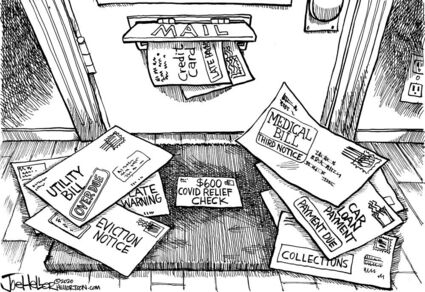 Soon, the restrictions on evictions will end, and I expect to see an onslaught of evictions crowding the courts. I have several landlord clients for whom I handle their evictions, and I also volunteer to represent tenants in eviction cases from time to time.

The moratorium is part of some national sympathy toward renters during the whole Covid crisis. The National Centers for Disease Control and Prevention (CDC), issued an order temporarily halting evictions to help slow the spread of the coronavirus. The restriction has scientific merit, which is why the CDC issued the order. But, of course, the political fallout has been incredible. How can some federal agency decide that landlords are not allowed to evict tenants?

The legalities are fascinating, as the government has an interest in promoting the health of its citizens and forcing people to move during a pandemic has serious health implications. After all, the CDC wants the virus to die out, which will happen if we can stop it from spreading.

Logically, if you can't be evicted for nonpayment of rent, don't you think some people will simply stop paying rent? Some will. The CDC order says that rent is still owed, but if you're going to get evicted for not paying a month's rent, you might as well stop paying and get evicted nine months later for not paying nine month's worth of rent. And renters are doing just that.

In Minnesota, the governor's executive orders have applied a moratorium on evictions, with some exceptions where the tenant is damaging property or harming people. Similar to the CDC order, rent continues to accrue, which means a landlord can sue you later for all the rent you owe. Many renters have limited financial resources, so a judgment against them often goes uncollected. No wonder so many landlords are irritated with Gov. Walz. He's trying to slow the spread of the virus. Landlords are trying to make a buck. It's a health vs. rights issue I've seen so many times in the past few decades, like smoking bans. It's difficult to reconcile the two arguments.

Foreclosures are another problem. I've noticed an uptick although I can't confirm it. A foreclosure is the process of a bank taking your house back because you didn't make the monthly payments.

Minnesota has a couple of ways to foreclose on a house. Most (nearly all) foreclosures are "by advertisement," which is a quick and easy way to foreclose. Notice is served on the homeowner and published in a legal newspaper like the Pine Knot News for six weeks, and the property is then sold at a sheriff's sale. But the homeowner is given six months to buy it back. If a bank forecloses by advertisement, they are not allowed to sue the homeowner for any shortage between the loan amount and the amount they get when they sell the house.

That's a pretty generous perk. With a car loan, a bank that repossesses a car and sells it can sue the car owner for any difference in the sale revenue versus the amount owed. Banks can't do that if they foreclose by advertisement. Once the bank buys back the house at the sheriff's sale, it's over. They can't sue you for the mortgage balance.

Even after the sheriff's sale, state law gives you the right to redeem the property within six months by paying the loan balance plus whatever payments are due. Often, a homeowner who is going through foreclosure will try to sell the house or will stay in the house for the six-month redemption period. It's a fascinating combination of capitalism and consumer's rights. There are some unscrupulous bankers as well as some manipulating homeowners, but overall the system works pretty well.

Banks have another option in a foreclosure "by action." That means filing a lawsuit to get the house back, and, in that case, the bank can sue the homeowner for a deficiency. Banks don't foreclose by action very often because it's expensive and time-consuming.

Expect to see a lot more evictions and foreclosures as the pandemic moves into the next stages. It won't be pretty.