CEC presses on despite long odds 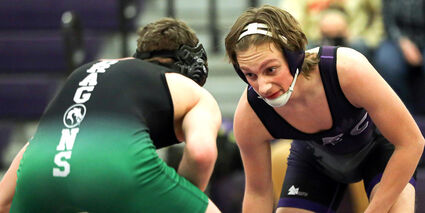 For the Cloquet-Esko-Carlton wrestling team, success this season will be measured in different ways for every athlete.

Because the Lumberjacks have only about 15 wrestlers to spread across 14 different weight classes - and many of them similar in weight - it's tough to focus on more conventional goals. On any given night CEC is giving away about 40 points because they have empty weight classes, making it impossible for them to win a match.

"Because of that we have to set realistic goals for our entire situation," Denman said. "It's hard to keep a kid focused when they go into a match knowing they have a tough battle ahead because they are wrestling a senior and they might be only a freshman. You have to remind them that this is all about looking to the future. So their goals are about next year and the year after and getting better and maturing."

Denman says all his wrestlers have provided strong commitments and effort all season so far. Among them is Ayden Mattson, a sophomore who should be wrestling at 138 pounds but who has moved up to the 152-pound class.

"People don't realize that this kid is wrestling way up in weight class and he keeps getting pounded on but never quits," Denman said. "That takes a pretty special person and I don't know of many kids who would be willing to put in [that effort] day in and day out."

Senior Gauge Stankiewiecz quit wrestling as a seventh-grader, but decided to come back to the program as a sophomore, and has been a pleasant surprise.

"He has turned it up this year," said Denman. "He has really worked on his strength and he could compete in the sections this year."

Deeken Fjeld is a talented 145-pound wrestler, according to Denman, but he participates in one of the toughest weight classes in high school wrestling.

"He is just super competitive and won't back down and he's really been coming around for us," he said.

Filling in at 145-pounds is Dylan Marciulionus, who had CEC's only win in a match last Thursday.

The 'Jacks have Kaylor Adkins and Bohdon Fjeld wrestling at 126 pounds and 132 pounds. Both are ninth-graders and showing promise.

"Both of them are still developing," said Denman.

Denman also singled out Gauge Allen, who has been filling in in the 132-pound class. 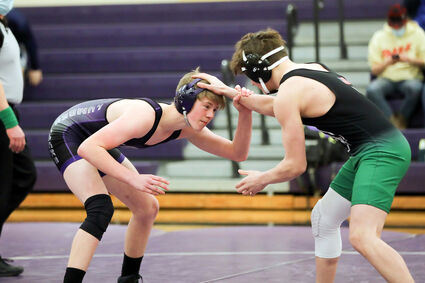 "I am not sure that non-wrestling people understand the commitment that a high school wrestler has to make," said Denman. "They have to watch their diets, eat properly and maintain their weight and that is not an easy thing to do. It is not an easy thing to get down to 7-percent body fat and these athletes are doing it every day. They are totally committed to what they do."

It's that kind of commitment that will eventually pay dividends in the future.

Perhaps the most difficult thing to overcome for this year's coaching staff is that some of their wrestlers are going into matches they may lose because of things they can't control. That can be difficult for a young wrestler focused on the here and now.

"We try and tell the boys to focus on what you can control," said Denman. "We tell them that this is a long-term journey and that this is just one point in your journey. We also tell them that we need to keep things in perspective, and what we care about is helping you learn to become a good man. We try and make this about a sense of family and we want them to see the big picture in life."