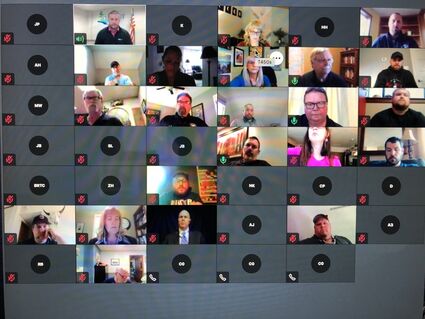 More than 50 people called or logged in online for Tuesday's Cloquet City Council meeting and a decision regarding the city's Project Labor Agreement (PLA), a record since the council went to online meetings because of the pandemic. Each box on the computer screen represents a person, although many are not pictured.

By the narrowest of margins, the Cloquet City Council voted to overturn the city's Project Labor Agreement, as recommended by staff last month.

The 4-3 vote came after extensive public comment during Tuesday's meeting, which set a record for participation since the council started meeting virtually because of the pandemic. Including councilors and city staff, more than 50 people logged on or called into the meeting. Seventeen addressed the council directly Tuesday, and three had submitted letters to the city in the two weeks since the ordinance's first reading.

Voting in favor of eliminatin...