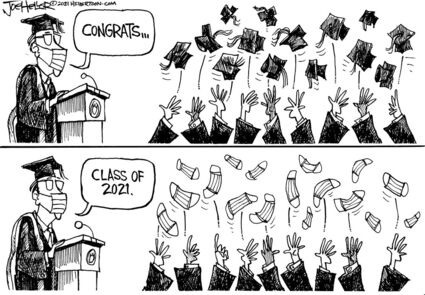 I don't know if people realize how close we came to losing a seat in Congress recently. If good ol' Minnesotans had not been so effective at completing the census, odds are pretty good our eight representatives would have been reduced to seven, and redistricting would have made our region grossly underrepresented in Congress.

That census really worked out well for us. Minnesotans were so close to losing a seat, if New York state had counted just 89 more people, Minnesota's eighth seat would have disappeared. There are more people in Super One at any given time. Once again, our state full of well-educated people and a system of honest government and, of course, being Minnesota Nice, has paid off. We had a high rate of self-response in the census for those reasons and more - we trust our government and have faith in its integrity.

And this isn't the first time we almost lost a seat. The same thing happened in 2010, but we eked out a population victory then, although not as close. Even though Minnesota has grown by about 400,000 people since the last census, other states have grown more. Thankfully, we pulled it off again and are keeping all of our representatives.

But it was close. Many expected Minnesota to lose a seat. Even our own member of Congress, Pete Stauber, seemed frightened. You know he was not so subtly making noise about running for governor, which I believe was a pretext for realizing he was about to lose his Congressional seat. I bet he breathed a sigh of relief, along with many of us in the Eighth, when the Census bureau announced the results last month.

Most people don't realize how important it is to have a representative in Congress. In a rural district like ours, a Congressmember is expected to cover huge geographic areas. In our case, Stauber's district runs as far south as North Branch and as far west as Bemidji. If we had lost a seat, Carlton County would be put in a district that would probably run across the top of the state all the way to North Dakota, including Brainerd, Moorhead, and Grand Forks (the one on the Minnesota side). It would have been huge, much bigger than it is now.

I did a little calculation. Assuming we would have been a part of a district that ran across the top of the state, our congressperson would have to cover an area of about 40,000 square miles, nearly 13,000 more than he does now.

But even worse, our rep would need to figure out how to effectively advocate for the diverse and different specialties of such a district: from farming in the west, with all the unique details that entails; to Native American issues in the central part of the district; to logging and mining in the western part to tourism in the northern part, and adding suburban issues to the south.

That's a lot of work to sustain "our way of life." Stauber would need to come up with a new slogan. How's this: "We All Need a Way of Life." Come to think about it, maybe he should change his slogan anyway, as it's more inclusive than the one he's got now and better reflects the many different ways of life we can easily find in the Eighth. But I won't hold my breath.

For now, though, we can't rest easy. It would be smart to spend the bulk of the next decade working to stabilize northern Minnesota's population base by encouraging stable jobs and careers; by improving and supporting our education system; by preserving and maintaining our natural resources from mining to tourism; and by taking care of one another rather than trying to tear down anyone who doesn't think like we do. That's truly our way of life around here.

Pete Radosevich is the publisher of the Pine Knot News and an attorney in Esko.. His opinions are his own. Contact him at [email protected]