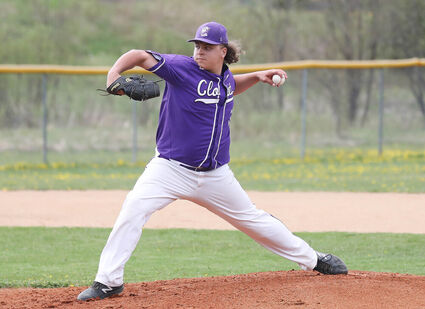 Tuesday night's Cloquet-Esko baseball game was an emotional rollercoaster that had fans on the edge of their seats. The punch-counterpunch game eventually ended with the Eskomos slipping by the Lumberjacks 8-7.

"That's exactly the type of game I would expect when we play each other," said Esko coach Ben Haugen.

The Eskomos pounced on the Lumberjacks with three runs in the bottom of the second inning and appeared to be well on the way to an easy win. Scoring in the inning were Cole Haugen, Tyler Koskela and Cade Gonsorowski, who was running for Dane Hoffman.

In the top of the fifth inning, the Lumberjacks started a merry-go-round of runners that eventually resulted in Cloquet taking a 6-3 lead.

"I liked the way we responded after we fell behind," said Lumberjacks head coach Tyler Olin. "Jack Sorenson was pitching well for us and we knew he would keep us in it."

The Eskomos responded with three runs in the bottom of the fifth to tie the game at 6-6, but the Lumberjacks managed to tack on a run in the top of the sixth to go ahead 7-6. It looked like the Eskomos were on the ropes.

"I was proud of our resilience after giving up the six runs," Haugen said. "We scored three runs to tie the game with two outs so it showed me a lot."

The Eskomos had to respond again in the bottom of the sixth inning with Cloquet leading 7-6. Esko scored a pair of runs. In the top of the seventh, they shut the door to pick up the win. 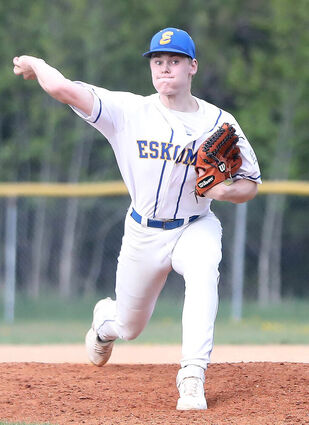 "Don't get me wrong, I would like to have won the game, but at the end of the day this is about getting better and we got to see their top pitcher at the end of the game," said Olin. "We need to see better pitching and we need to be in games like this in order to be ready at playoff time."

That sentiment was echoed by the Esko coaching staff as well.

"That was a great game and a game that gets you ready for the end of the season," said Haugen. "We like our team and we like our chances and we need to learn to grind it out in every game. We aren't going to be that kind of team that just pulls out easy wins, but we will need to grind and we did that tonight."

The win improved the Eskomos record to 12-4 while the loss drops the 'Jacks to 7-9.