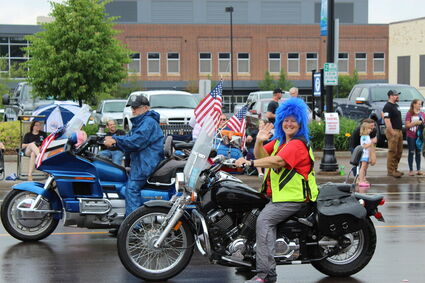 Here’s the good news. After no July Fourth celebrations last year, Cloquet will hold a parade and fireworks this year, along with a 5K race first thing in the morning, a basketball tournament in the afternoon and the annual car show at the NorthEastern Saloon and Hotel.

“We are thrilled that we can hold a parade again — with the hopes that people will be smart about Covid — and the fireworks, which are the most important thing,” said coordinator Alyson Leno.

Not happening are any of the events at Veterans Park, including all the kids’ games and activities in the afternoon or the movie at night. That’s because those events are geared toward children 12 and younger, and they will not be vaccinated by the fourth of July.

July Fourth planning committee members encourage people to get creative with their fireworks viewing locations, rather than gathering by the thousands at Veterans Park. It’s not wise, and there won’t be all the additional portapotties, garbage cans and vendors at the park this year.

“Next year we hope everything can be 100-percent back to normal,” Leno said.

Anyone who would like to be in the parade is welcome. Register your float by calling Alyson at the Cloquet Chamber of Commerce at 218-879-1551 or email [email protected] There is a suggested $20 donation, and lineup starts at 10 a.m. Trophies will be awarded for Most Patriotic and Best Music.

Leno and her husband, Jeff, will also be celebrating the 10th anniversary for the Sawdust 5K: Kill the Hills race, which the couple created 11 years ago, with a year off for the pandemic last year. The race begins at 8 a.m. on July 4, starting and ending at Pinehurst Park, winding its way through the hills of central Cloquet. Registration is $25 before July 2 at tempotickets.com/sawdust2021 and $30 on race day. The Lenos also organize the LaVonna Provost 1 miler run down Cloquet Avenue, which starts at 10:30 a.m., before the 11 a.m. parade. The one-mile race is free.

This will be the second Pinehurst Park 3-on-3 basketball tournament, which starts at noon and is free to all participants. The first tournament was a huge success, and organizer Paul Cameron is hoping even more folks will sign up this year. A Cloquet alumnus, Cameron wanted to let others know about the gem in the heart of Cloquet: the basketball court.

“It started with me and my friend and because Pinehurst Park is one of the best basketball courts in northern Minnesota for sure,” he said. “We were just shooting hoops down there and we came up with the idea together, emailed and then boom, all of a sudden, we did it.”

Again, there’s no charge to play in the double-elimination tournament, and spectators are welcome. Bring your own chairs. “It’s a pretty great tournament,” he said. “Competitive, but it doesn’t matter how good you are, you’re going to get to play and have a good time.”

While the first tournament featured mostly teenagers through adult players, Cameron said if they get enough elementary-age players interested, they will hold a round robin event before the tournament this year. To register email [email protected] or find Cameron on Instagram @pinehurstcourts,

There will be tournament prizes too: a trophy for the winner, plus awards for most valuable player and “the most drip.” 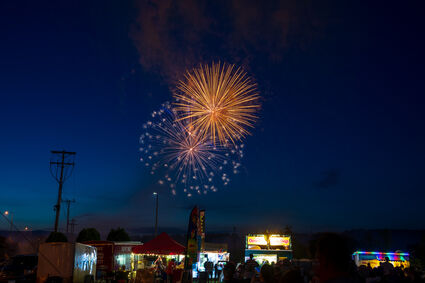 “Style is definitely in play here,” said Cameron. “It could be the way you play basketball, your shoes, your hair, whatever it may be … style, you’ve either got it or you don’t.”

Last but not least, the annual Fourth of July car show returns to the NorthEastern Saloon and Hotel on Cloquet’s Dunlap Island starting at 10 a.m. on July Fourth. All ages welcome. Enjoy a beverage or some grilled hamburgers and more, and mosey past notable cars from every decade: hot rods, antiques and classic cars to make every car lover’s heart beat a little faster.

NorthEastern owner Bert Whittington said he’s hoping to extend the fun into the evening with live music, but he’s still looking for an available band. Stop by the NorthEastern if you’re interested.