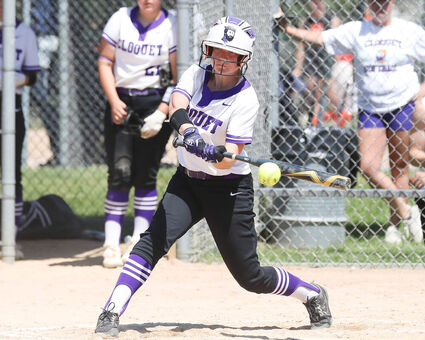 After opening the Section 7AAA girls softball playoffs with an impressive win over Grand Rapids last Wednesday, Cloquet fell on tough times Saturday. The Lumberjacks bowed out of the tournament with back-to-back losses to North Branch and Hibbing in the double-elimination tournament at Braun Park.

In the game against North Branch, the 'Jacks struggled to hit the ball and were shut out 10-0 by the Vikings, who took second in the 2018 state tournament. North Branch scored a single run in the first inning but blew the game open with a five-run second inning to take a 6-0 lead.

Cloquet managed only one hit in the game and that was by Sophie Diver, who went 1-for-2 in the game.

"The losses sting," said Cloquet coach Tyler Korby. "There's nothing more that we would want than to keep playing right now during the best time of the year, but that's playoff softball."

Behind Amanda Paul's pitching, Cloquet was able to hold the Vikings off the board in the third and fourth innings. In the bottom of the fifth, the Vikings tallied four more runs to end the game via the 10-run mercy rule.

"In the playoffs, the best hitting teams are the toughest ones to beat," Korby said. "We scored one run and had just four hits on the day. And what we did hit hard was hit right to a glove and that happens."

Following the loss to North Branch, Cloquet faced Hibbing and fell 2-1 to the Bluejackets. Dana Jones scored the only run of the game for Cloquet in the bottom of the first after she reached on a walk and scored on a hit by Brynne Martin.

Paul pitched all seven innings, gave up six hits, walked one, struck out 11 and gave up one earned run.

"We just couldn't apply the pressure on our opponents like we are used to," said Korby. "That's the game of softball and days like that happen." 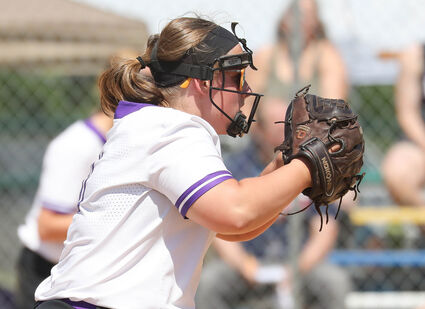 Cloquet opened the tournament with a 7-0 home win over Grand Rapids, in a game where Paul gave up only three hits and fanned 10 in notching the win. Roena Diver and Martin both smacked out two hits for the 'Jacks in the win.

The Lumberjacks lose three seniors to graduation who are all captains. Paul, Brenna McClarey and Morgan Van Reese all graduate. All three are Academic All-State students.

"Those are three very smart, impressive young ladies," Korby said. "All of them will have a special place in my heart forever and we will miss them dearly."

Cloquet finished the season with a 13-7 record. Paul was named to the All-Section 7AAA softball team and to the Senior All-Star Series to be played on June 17. Dana Jones was named first team All-Lake Superior Conference, Paul was named to the second team while both McClarey and Martin received honorable mention for the all-conference team.