Hard work paying off at the pool 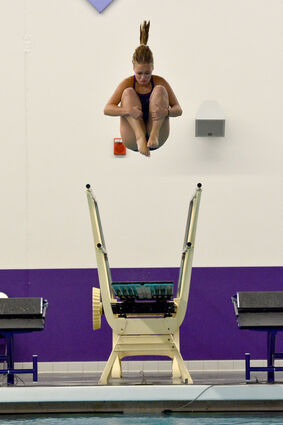 Imagine waking up in the morning, going to school and then at the end of the day going to the pool and swimming nonstop for more than two hours and almost 2 miles. The Cloquet-Esko-Carlton girls swim team doesn't have to imagine that scenario because they have lived it nearly every day this fall.

"There is a huge difference between recreational swimming and competitive swimming," said CEC head coach Rachel Peterson. "The girls swim for two-and-a-half hours every day while typically putting in well over 3,000 yards of intense exercise, or around 1.75 miles per day of full body engagement of multiple muscle groups. It is not easy, and it gets repetitious."

Last Saturday, the Lumberjacks participated in the Soderlind Invitational where they finished second in the nine-team event. CEC swam in Superior Tuesday in their eighth dual meet of the season and came away with a 109-76 win over the Spartans. The win improved the 'Jacks' dual record to 6-2 this season.

This year's squad is a team to contend with.

"The majority of the girls are working hard and seeing the payoffs in their race times and endurance," Peterson said. "The girls who put in the effort are seeing success and will continue to improve. It makes the rest of our season look very exciting."

In 2020, the team had to struggle with Covid and facility issues, but that isn't the case this year.

"Last year was a modified Covid season and then early in the year we had a ventilation system issue at our pool so we had to travel to Duluth Denfeld at night to practice," said assistant coach Jeff Kalm.

"The great thing this year is that so many of our girls are already putting up times that are nearly equal to, or equal to, their sectional times last year. It's nice when you come into a season and the kids have come in with great attitudes and conditioning."

Among those swimming well so far this season has been Megan Chopskie, who is on track to have a magnificent season, if early results are any indicator.

"Megan Chopskie has been an absolute standout already this year in the 50 free, 100 fly and 100 back," Peterson said. "She took first overall in the 50 free this weekend and has been consistently dropping time."

The 'Jacks have 35 swimmers and five divers out for this year's squad. Chopskie is not the only swimmer who has been impressive in the early going.

"We have so many girls doing super-well with personal records and time drops," Peterson said. "We have a couple of amazing new swimmers at the 7th/8th-grade level that are doing incredibly well for first-year swimmers. We have a brand-new diver as well, Rilee Duvorec, who is an amazing addition to our dive squad. The divers overall are doing phenomenally well and are consistently improving."

Senior captains for the 'Jacks are Halle Zuck and Mollie Belich, but four other seniors have stepped up into leadership roles, including Emilee Brown, Carlee Downs, Madeline Gorski and Sarah Ringat.

"Our seniors, especially captains Mollie Belich and Halle Zuck, are amazing leaders," Peterson said. "Many of the older girls are mentoring younger swimmers and it is a lot of fun to watch the relationships grow."

The nice thing for this year's team is they don't have to look to just one or two individuals to score points because they have depth in many different events. 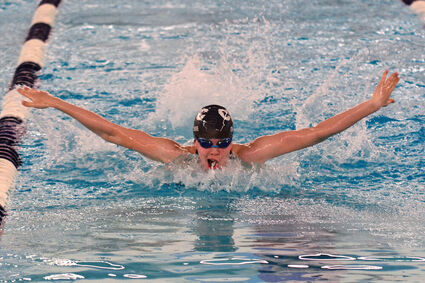 heavy team, we have been doing very well at invitational meets," Peterson said. "We may not necessarily have a lot of standouts, but we are strong throughout."

"Scoring is difficult to quantify for swimming because it is an individual sport, but as a team we are stronger together overall in point scoring, and not just the girls who consistently place well," said Peterson.

The swim team will face Duluth East in Cloquet on Tuesday, starting at 5 p.m.