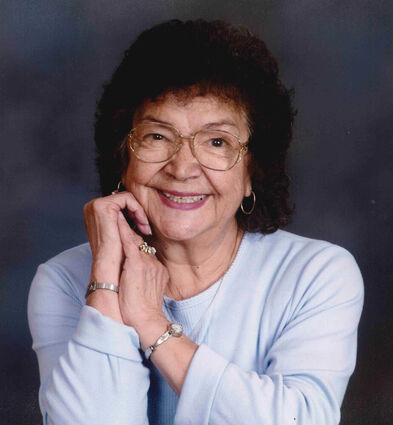 Gloria graduated from Palmer High School in Palmer, Alaska. She was united in marriage to John E. Gleason. After his death she married Robert O. Johnson on May 2, 1960.

Throughout her working career, Gloria was employed at the Elmendorf Air Base in Anchorage in the resident engineer office, was a cleaner for 15 years at the Big Lake golf course, a home health aide for Carlton County, and a kitchen aide for the Fond du Lac Reservation.

Most importantly, she was devoted to her family. Gloria was known as a fiercely independent person and a survivor. She was courageous and met challenges from the death of two husbands and one infant son. She inspired others with her optimistic outlook on life. Gloria was thoughtful and caring, known to reach out to those who were down and out. She was a loving daughter, mother and grandmother who enjoyed spending time with her family. During her life, she enjoyed good conversation, sewing, gardening, walking, and close friendships.

Gloria was preceded in death by her parents; husbands John E. Gleason and Robert

Visitation: 5-7 p.m. Thursday, Oct. 14, and 10 a.m. until the 11 a.m. memorial service Friday, Oct. 15, all at Nelson Funeral Care in Cloquet. A luncheon will follow. Burial will be held at Perch Lake Cemetery.

To leave an online condolence for the family, visit the guestbook at http://www.nelsonfuneralcare.net.