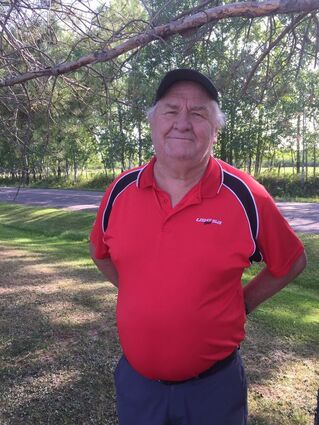 Norm Lofgren is the latest "inductee" into the Blackhoof Softball Hall of Fame.

The dog days of August were always the time for the annual Blackhoof Valley men's fastpitch softball tournament.

Blackhoof Valley is to the east of Mahtowa and south of Carlton. It's rural, mostly farmland at the junction of County Roads 4 and 5. It had two, almost adjacent softball fields. One was the infamous "schoolhouse" field (literally attached to the long-vacated, old Blackhoof school) and the other was down the road at Tiny's farm.

Blackhoof has had a long tradition of exceptional fastpitch softball players and teams. Norm Lofgren is the latest "inductee" into the Blackhoof Softball Hall of Fame.

Lofgren was chosen for the honor for his dedication to softball and 50 years of being an umpire. In his 70s now, he still has a very active umpiring schedule. He officiates men's and women's fastpitch softball and high school and Legion baseball and an occasional slowpitch softball game and tournaments. Many players, coaches, fans (and critics) know and admire the infamous "Norm." He gets recognized nearly as much as actor George Wendt on the TV series "Cheers."

Lofgren said he was recently sent to a hospital in the Twin Cities area after a foul tick in a baseball game hit him in the face mask. "Those pitches are coming in fast and get amplified coming off the bat" said Lofgren. "I think I blacked out for a few seconds. When I went to the emergency room for "concussion protocol," my eyes weren't properly following the light."

Norm said getting hit with foul balls doesn't happen very often, but it is serious.

"In the 'old days,' we'd just say 'shake it off' and get back behind the plate. Now we, in the worst cases, recommend medical attention." Lofgren looked at me (a former catcher) and said, "Besides, catchers are supposed to take those blows."

When he first started umpiring, Lofgren was just watching a softball game and was asked to officiate the bases. After that, Lofgren just continued to be asked, and accepted umpiring assignments.

There is currently a shortage of high school umpires and referees, and often there are ads on the radio asking for especially former athletes to try it. The officiating pay has risen considerably and there is a lot of flexibility on acceptable assignments. Norm said there is a lot of satisfaction from doing a good job as well.

The other members of the Blackhoof Hall of Fame are Sherm Swanson, Dennis Karp and Mick Mundell. Swanson and Karp, who are deceased, were also inducted into the Minnesota State Softball Hall of Fame in 2000 and 2012, respectively.

Swanson, a former Carlton school teacher, managed the Blackhoof Valley teams for many years. He was a coach, player, umpire, league organizer and officer, in charge of field development and maintenance, and, in general, a men's and women's softball activist and promoter. Sherm was the administrator of the very successful annual Blackhoof softball tournaments. 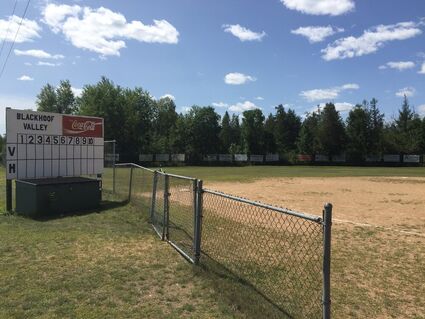 The Blackhoof field hosted many stars.

Karp, a revered Scanlon Yankees Little League star, was a Blackhoof Valley coach, umpire, and promoter. His smile was infectious. A motorcycle accident put Dennis into a wheelchair but he still very much kept an active community leadership role and was busy each summer coaching the women's softball teams and umpiring the bases. Karp was dedicated to the game.

It was a pleasure meeting with Norm and to recollect these Blackhoof Valley softball heroes.