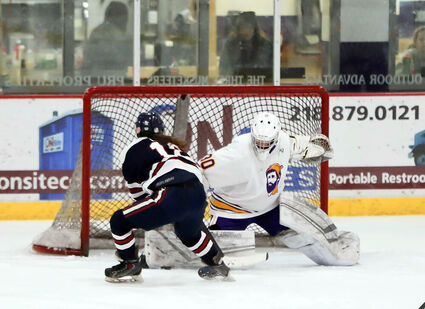 With the return of a large nucleus of players from last year's team, the Cloquet-Esko-Carlton girls hockey team has high expectations this season as they hope to make another run to the state hockey tournament.

"We are returning 17 of 20 varsity players from last year's playoff roster, which has been a positive and allowed us to hit the ice running from the start," said CEC coach Courtney Olin. "Last year, many of those players earned some varsity experience and gained the confidence needed to be able to fill even bigger roles this year."

A huge key to the team's success during Olin's head coaching tenure has been the Lumberjacks' ability to play defense and to keep games tight. This year will be no exception.

"We have a very strong defensive core returning, led by senior captain Tenley Stewart," Olin said. "We pride ourselves on a defensive-first-style play, so we are excited to see how this group competes against some of the high-caliber teams we are facing."

In goal, the Lumberjacks return Araya Kiminski, who helped lead the team to a Class A state runner-up finish just two years ago, as well as Roena Diver, who picked up a win in CEC's first game this season against Anoka.

"Offensively, we have been stressing the importance of shooting when there are opportunities," said Olin. "Our goal is going to be continuing to work on capitalizing on some of those scoring opportunities. We will look to Dana Jones and Marina Dostal to lead us offensively. Both are very strong and have tremendous shots."

Jones and Dostal are just a couple athletes on this year's team who have signed letters of intent to play college sports.

"In general, we are a team filled with multisport athletes who work very hard," said Olin. "They are great student-athletes on and off the ice and will give it their best every time they perform." 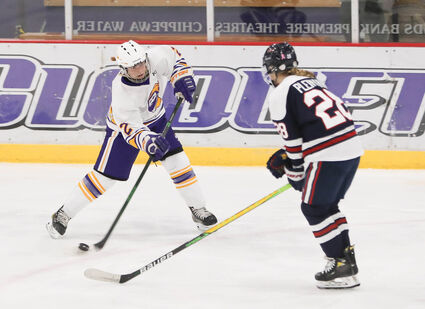 "Our goal is always to be competitive in our section and be playing our best hockey in February," Olin said Friday. "We start with a very daunting schedule, playing two top-5 teams back to back, and are looking forward to the learning opportunities that will come from that."

After opening with a 4-2 win over Class AA Anoka, the Lumberjacks were at home Friday and Saturday against South St. Paul and Orono, respectively. Friday night the 'Jacks fell 4-0 to No. 4 South St. Paul. On Saturday afternoon, they dropped a 4-1 decision to Orono, the No. 3 Class A team in the state.