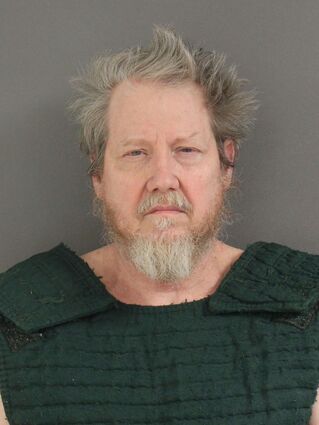 Raymond Julian is accused of shooting and killing his wife, Tracy.

A Kettle River woman was allegedly shot and killed by her husband Friday, Dec. 10.

Raymond Arthur Julian, 65, allegedly told police he killed his wife, Tracy Ellen Julian, 62, when they came to his house Friday. Raymond made his first appearance in Sixth District Carlton County Court Monday afternoon on charges of murder in the second degree, with intent-not premeditated. Bail was set at $1 million.

Carlton County County 911 dispatch received a call at 2:35 p.m. Friday, Dec. 10, requesting a welfare check on two individuals living at 3665 Heiskari Road in Kalevala Township, not far from the city of Kettle River.

According to the criminal complaint, the caller said they had received an email from Arthur Julian, stating that he planned to kill his wife. Based on the call and hearing the contents of the email, deputies responded to the residence to perform the welfare check.

When the first deputy arrived on scene, he walked up the driveway and observed a male, ultimately identified as Raymond Julian, exit a door to a pole building adjacent to the residence. The deputy said hello and the male turned around and re-entered the building. When the deputy walked up to the open door, Raymond Julian reappeared and greeted the deputy, who told him that he was there to check on him and his wife. 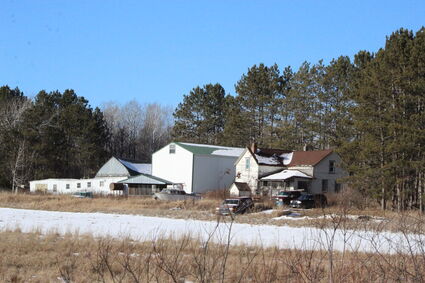 Cutline: On Sunday afternoon, the Julian property in rural Carlton County near Kettle River showed no hint of the violence that occured in the pole barn next to the home last week, when Tracy Julian was allegedly shot and killed by her husband, Raymond Julian.

When the deputy asked if there was any chance his wife was still alive, Julian responded, "no." He was detained and the deputies called for medical assistance.

Deputies entered the pole building, which had been partially finished, to look for Tracy Julian and determine if she needed medical assistance. Upon entering what appeared to be a living area, they observed a Tracy Julian, obviously deceased, on a bed. Although autopsy results were pending Monday when the criminal complaint was issued, it appeared she died from two gunshot wounds: one to the chest and one to the head.

Raymond Julian was transported to the hospital after making statements about hurting himself. The Minnesota Bureau of Criminal Apprehension then responded to the scene and searched the residence.

The Minnesota Bureau of Criminal Apprehension and the Midwest Medical Examiner's Office are assisting the Sheriff's Office in the ongoing investigation. No other suspects are being sought in this incident, and there is no danger to the public.

Raymond Julian's next court hearing is set for Dec. 27.