Esko finds its way in win over Cloquet 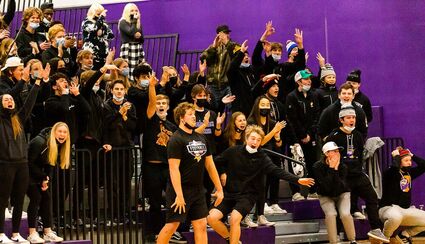 It took a little while, but the Esko boys basketball team started clicking early in the second half and came back to win 66-63 over the Lumberjacks Friday night at Cloquet Middle School.

"For us, we were a little sluggish on offense in the first half," said Esko coach Derek Anderson. "We had too many guys watching one guy dribble or try to create. There was no flow or movement, which is why we struggled."

Cloquet played its way to a 32-25 halftime lead, with five players scoring in the opening stanza.

"I was happy with how we played on both ends in the first half," said Cloquet coach Steve Battaglia. "There were some lead changes, but we gained a little momentum towards the end of the half to get the lead."

The Eskomos defense allowed Cloquet to get some open looks at the basket in the first half.

"We tried trapping, and Cloquet did a good job of handling that, keeping their space, and relocating, which resulted in some wide open shots for them that they were able to knock down," said Anderson.

Things changed dramatically in the second half as the Eskomo offense came alive. Koi Perich exploded for 22 second-half points to lead Esko to the win.

"We talked at halftime about getting more movement on offense and making the defense rotate side to side," Anderson said. "That helped open up some driving lanes. We also wanted to push the temp in the second half because Koi excels in the open court. We try to get him the ball as much as possible."

Perich quickly became a thorn in the Lumberjacks' side, as they struggled to find an answer defensively against the talented athlete.

"He's an athletic kid with a very high motor and he's a tough matchup," Battaglia said of Perich. "We had a couple of kids in foul trouble, so I think that made us a little more tentative than we'd normally try to be with him. In the end, Perich is just good. He gets a lot of buckets on second-chance points and a lot of his success comes from effort and determination to get rebounds and put-back baskets."

Perich wasn't the only player on the Esko squad who ended up in double-digit scoring. Cuinn Berger tallied 17 points and Nick Swanson finished with 13. Also scoring for Esko were Dalton Spindler with four points while Brett Lillo and Chad Hart each recorded two.

Cloquet had a balanced night on the score sheet with four players scoring double digits. The 'Jacks were led by Caleb Hanson with 15 points, Alec Turnbull and Marco Mayorga with 14 and Conner Barney with 10. Also scoring for Cloquet were Orville Councillor with seven points and Joe Bailey with three.

Also key to the game was Esko's ability to hold the high-scoring Barney to just 10 points and the fact that the Lumberjacks struggled mightily from the free throw line.

"I was happy to see the balance in scoring we had because we had four players in double figures," Battaglia said. "I liked our spacing for most of the night. We're going to continue to need that balance as Conner draws a lot of attention from opposing defenses. We shot a high percentage from the field and from three, but what we didn't do well was make free throws at the end. They didn't relent defensively and we made a couple of costly turnovers late in the game."

While the Eskomos went 12 for 16 from the free throw line, the Lumberjacks were just 5 for 14 from the charity stripe. In a game that came down to three points, that was a glaring difference. Esko also was able to use its depth and athleticism when it counted most in the last few minutes of the game.

"They played a few more kids than us and that might have been the difference," said Battaglia. "They just out-executed us in the last two minutes of the game."

Depth and athleticism will be big factors for this talented Esko team as the season wears on. 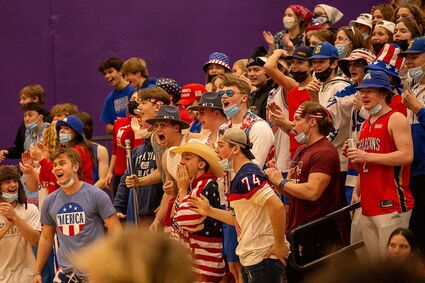 "We are a pretty athletic team this year and we have a good mix of seniors - seven - that we try to work into the rotation along with some very skilled underclassmen," Anderson said. "We aren't extremely tall, but we do have a lot of guys that can play. It is also a very competitive group."

The Lumberjacks are still dealing with the aftermath of a devastating end of the football season that left numerous players injured and working their way back, aiming to see playing time by the end of the season.

"We have some very athletic kids, but need to develop more depth," Battaglia said. "I think we'll be right in the mix later in the season."