Thunder are back on the court with middling results 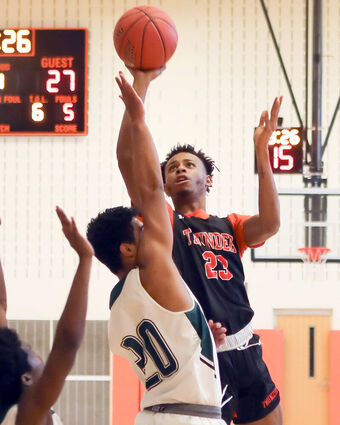 After nine games so far this season the Fond du Lac Tribal and Community College men's basketball team is closing in on a .500 record after canceling last year's season because of the pandemic.

"I am definitely happy with how things have gone so far," said Thunder coach Robert Smith. "We've got a group of guys that are from all over the country that are really just getting to know each other, so it usually takes a little time to learn a team's identity."

Despite not having any second-year players, the Thunder are 4-5 and are performing well as a group.

"It is tough when you have 12 freshmen and no sophomores, who are usually your leaders on the team," Smith said. "I am seeing growth and improvement every game and I like where we're at early in the season."

Smith's squad is led by a pair of talented guards in Derriyon Sam and Demetrius Torrence.

"Sam is from Louisiana and runs the team from the point guard position for us," Smith said. "He is a great kid, super-fast, incredibly athletic and a hard worker. He's a great free throw shooter and can score from anywhere on the floor."

Torrence is another athletic guard who could play either guard position, but is currently slotted as the shooting guard in Smith's offense.

"Torrence is from Arkansas and is a great combination-type guard," Smith said. "He is a great long-range shooter, an incredibly gifted finisher and he attacks the basket."

Last weekend the Thunder defeated Fergus Falls 133-128 in a regulation shootout. They also lost a tight, more controlled style game to Gogebic Community College by a score of 75-65. 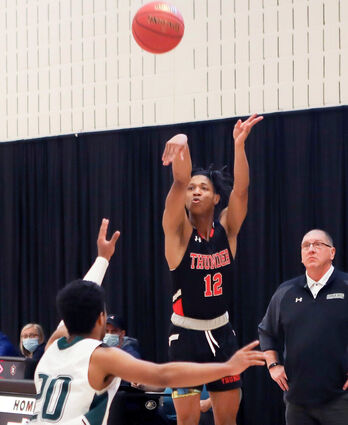 "We can play different styles and be successful, and that's what I like about this group of guys," Smith said. "We have 12 players from nine different states. Until we started this year, none of them had ever played together - unlike if we had some sophomores who were returning and would have had a chance to play together last season."

Jehoiada Goins, from Kansas, is another key player.

"He's averaging just a little over 10 points a game for us, but he is also strong on the boards and rebounds the ball well for us," Smith said.