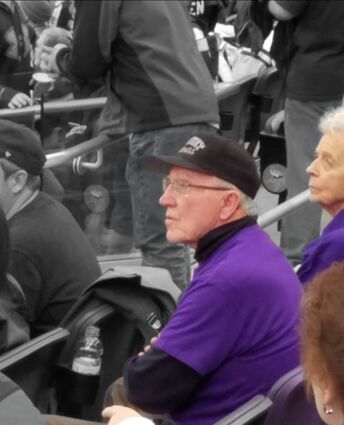 Kerry Rodd’s column about the late Rol Bromberg last week was right on, but I wanted to add a few of my favorite memories.

I first met Bromberg when he was my physical education teacher at Cloquet Junior High. I remember a certain quarter that was dedicated to wrestling. Now, Bromberg was a college wrestler himself at Bemidji State and spent a few hours teaching us amateur wrestling rules and tactics.

With some preliminary practice and demonstrations, he divided the classroom of all boys into weight classes and scheduled some wrestling matches. When two were wrestling, the rest of the class circled the mats and watched. There were mats placed on the floor of the east balcony in the junior high gymnasium.

Bromberg assigned me to the heavyweight division. Regrettably, I knew that I had to go to the husky section when buying new jeans at Loyden’s store on Carlton Avenue, but thought Bromberg was mistaken when I sized up and reviewed my competition. I asked for a reprieve, but Bromberg just nodded at me and said I would be fine.

I still remember my first match being against classmate Terry Lindner. Terry was a good friend of mine and I was busy thinking and planning my grappling strategy. Terry was probably six inches taller and 100 pounds heavier than me. I again looked at Bromberg and he just smiled.

As we got started, I utilized an old Scanlon move: I put Terry in a headlock. We were soon both rolling on the floor. Accidentally, his head smashed into a heating radiator off the mat. It drew blood and the match was over.

Bromberg pulled me aside and assured me it was not professional wrestling and not to let it happen again, but he could see it was an accident. Terry and I rubbed the blood off our shirts and shook hands. Bromberg became a favorite teacher.

When I was wrapping up college, I was approached by Andy Coathup and Bromberg at the Cloquet Country Club, wondering if I may be interested in refereeing high school boys and girls basketball in the coming season. I still played men’s basketball and coached youth basketball, so I was pretty up to speed on rules. Bromberg and Coathup had been officiating for many years and were members of the Twin Ports Officials Association. Bromberg was recognized as one of the top officials in the state and had regional finals and state tournament games to his credit.

They took me under their wing and brought me to occasional group meetings with other officials in Hermantown. To officiate, a person had to pass a state high school test and get certified. It also involves positioning, working with a partner, and game management. I learned a lot.

There is one contest I remember officiating with Bromberg. Rol always looked so professional: his pants and shirt fit to perfection. He kept himself in top physical condition. This game happened to be a boys game at Carlton with Cromwell as the opponent. It was the last regular season game before the playoffs and also happened to be parents night in Carlton. There was a lively, fairly large crowd. Local Polar League rivalries, no matter what was or wasn’t on the line, could have intense, avid fans evaluating the referees.

The junior varsity game was a nailbiter only decided by a last-second shot. When Bromberg and I went to the locker room to take a breather between games, he told me “Well, at least the varsity game should be easier.” His reasoning was Cromwell had only lost a few games in their entire season and Carlton had only won three.

The Carlton players came out of the locker room playing good basketball. The game was tied at halftime and tied after three quarters. In the fourth quarter, I had a very tight over-and-back call. It went against Cromwell. During the following time out, a fan shared his displeasure with me. Bromberg told me it was a good call.

A few minutes later, Bromberg had to make the hardest call in basketball — a charge versus a blocking foul. Again, it went against Cromwell. Carlton fans were elated, and the Bulldogs won in overtime.

I told Bromberg I thought he made the proper call. “Let’s go home,” was all he said.

Over the years I’d see Bromberg on Thursday mornings at the Cloquet Country Club. A group of about three tables of senior golfers would be in the clubhouse after playing nine holes, enjoying each other’s company. Brom would wave at me. He was conducting a “court session” and he was the judge. There was a lot of laughter. Other players included Burgette, Coathup, Alm, Badger, Koivisto, Cran, Patton, Modec, Maunu, Grinnell and Unzen, to name a few.

Like me, I’m sure they’re all now very much missing Rol Bromberg.

Steve Korby’s interest in writing goes back to when he was in fourth grade and editor of the Scan-Satellite school newspaper in Scanlon. Steve loves sports, especially golf. He welcomes human interest stories and tales regarding Carlton County residents, projects, history, and plans.