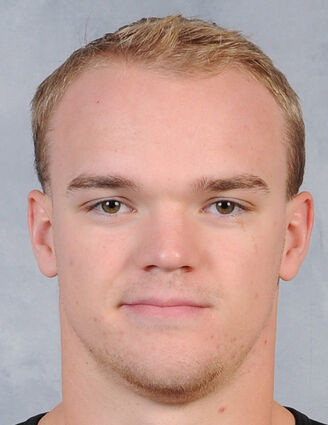 Former Lumberjacks and UMD star Karson Kuhlman faced a bad-news, good-news scenario on Sunday and Monday of this week. On Sunday, Kuhlman found out he was being put on waivers by the Boston Bruins. On Monday, he found out he was picked up by the Seattle Kraken.

"I loved Boston, the fans and my teammates," said Kuhlman, an Esko grad. "I am excited about the chance to play in Seattle and to try and build something special there."

Kuhlman is currently in the second year of a two-year contract and will then become a restricted free agent at the end of the season. This may be a blessing in disguise for Kuhlman when it comes to playing time. The Kraken is playing its first season in the NHL and the depth of the team is not equal to the depth of the Bruins who are yearly Stanley Cup contenders.

"Boston just has so much talent and you have to make the most of any little chance you get," Kuhlman said by phone Monday night. "I am hoping that there will be a better chance at becoming more of an everyday player and someone who is in the lineup every night in Seattle."

In 19 games this season with the Bruins, Kuhlman had one goal and one assist. So far in his NHL career, he's scored seven goals and had eight assists in 75 games in the NHL.

As captain of the UMD Bulldogs in 2017-2018, he led his team to the NCAA National Championship by scoring a goal and adding an assist in the championship game when UMD defeated Notre Dame 2-1. Kuhlman was named Most Valuable Player in the tournament that season.