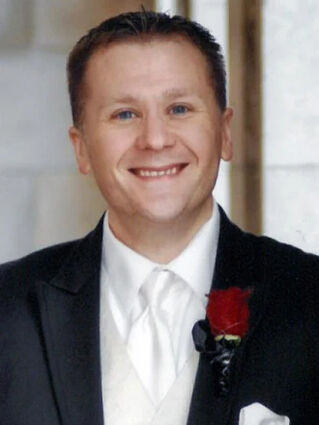 Dwayne Lee “Dewey” Asbach, 46, passed away Jan. 28, 2022, at Essentia Health-St. Mary’s Medical Center in Duluth after succumbing to Covid-19 pneumonia while bravely undergoing treatment for multiple myeloma. Dewey was born Sept. 16, 1975, in Ashland, Wisconsin, where he spent his childhood exploring the woods, which developed into a lifelong appreciation of and love for the beauty and nuance of nature. He enjoyed camping, running, biking, walking, CrossFit, and participated in half marathons, 5K and dragon boat races, and loved to travel. Dewey was intellectually curious and had an insatiable appetite for learning new things. He continually challenged himself and earned himself the childhood nickname, “The Answer Man,” engaging anyone in a (one-sided) debate with a twinkle in his eye.

Dewey graduated from Ashland High School in 1994, and earned bachelor’s degrees in both English and communications from the University of Minnesota-Duluth in 1998. He worked briefly in local radio, eventually landing at Amsoil in 2000, where he remained for more than 20 years, his most recent role as Internet Services Manager. Dewey was a small-business owner of Bent Tent Productions & Events, developing and designing websites for local and international clients. He actively served the community as president of NoteWorthy Kids and as a founder and volunteer for Superior Spooktacular, was a member of The Owls Club and Elks Lodge, and regularly donated blood.

Dewey met the love of his life, Sarah Eisenmann, in 2007 in Superior, Wisconsin. They were married on Dec. 31, 2011 and had just recently celebrated their 10th anniversary. Their years together were filled with love, laughter and adventures.

Dewey is survived by his wife, Sarah (Eisenmann) Asbach, and stepdaughter, Paige Wedan, both of Superior; parents, Dennis and Jane (Lajcak) Asbach, and sister, Mary Asbach, all of Ashland; brother, Nick Asbach, of Superior; father- and mother-in-law, Charles and Laura (Sapik) Eisenmann, of Superior; sister-in-law, Kerri (Kasey) Reed, nephew, Wyatt Reed, nieces, Faran and Vivian Reed, all of Foxboro, Wisconsin; numerous aunts, uncles, cousins and friends; and his favorite feline buddy, Simba. He was preceded in death by his grandparents, Harold and Vera Asbach, and Andrew and Rose Lajcak. 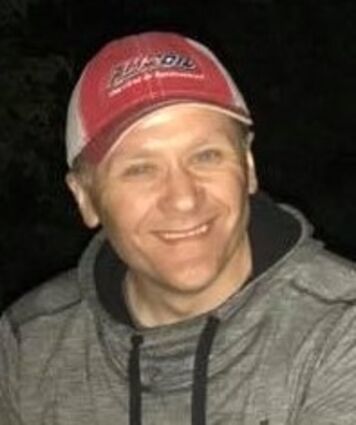 Visitation will begin at 10:00 a.m. Thursday, Feb. 10 at Cathedral of Christ the King Catholic Church, 1111 Belknap Street, Superior, and will continue until the 11 a.m. Memorial Mass of Christian Burial with Rev. Fr. Andrew Ricci as celebrant. Burial will be in St. Francis Cemetery at a later date.

In lieu of flowers, please consider donating in Dewey’s honor to the Humane Society of Douglas County, Memorial Blood Centers, or the Multiple Myeloma Research Foundation. Dewey would always recommend a walk in the woods, spending time listening to the breeze rustling the branches.

The Lenroot-Maetzold Funeral Home, 1209 E. Fifth Street, Superior, is assisting the family with arrangements. To leave a condolence or sign the guestbook, please visit http://www.lenroot-maetzold.com.