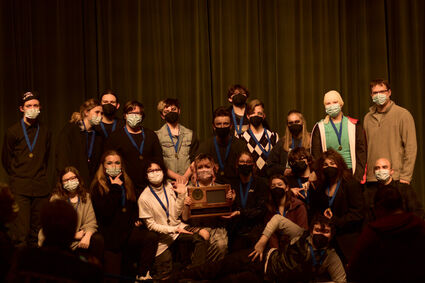 Like athletic teams, One Act play teams compete against one another at section and subsection tournaments to get to the state competition.

Esko had to get past 23 other regional teams in Section 7A to advance to the Class A state competition, including Carlton County schools Moose Lake, Barnum and Cromwell-Wright. Cloquet competed in Section 7AA.

Cromwell-Wright performed "The Internet is Distract- OH LOOK A KITTEN" for their play. The plot centers on a girl, Micah, who is trying to complete a school essay but keeps getting interrupted by her mother and/or fellow students. In the program, each actor wrote a bit about his/her experience of being in the One Act and what he/she hoped to do in the future. "It was really good competition, I feel like we had a good showing," director MaryRose Varo said. "The kids did really well." Cromwell-Wright competed at Section 7A sub-sectionals at East Central near Sandstone in late January. 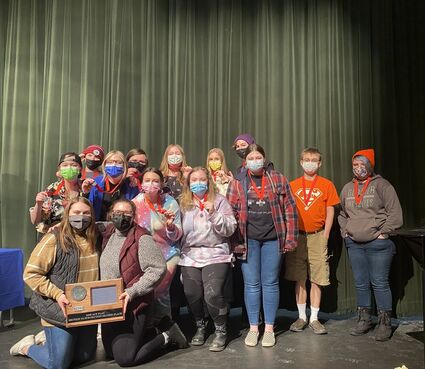 Barnum performed "... And Others" by Dennis Bush, earning second place at subsections and fourth at sections.

Moose Lake/Willow River performed "Fighting Demons" by Angela Hill and won first place at sub-sectionals at East Central. "This was the first time in years that Willow River and Moose Lake did a co-op for drama, and we collaborated and bonded well," said director Jadon Schnoll.

Barnum performed "... And Others" by Dennis Bush. The students were directed by Shelby Bonneville and assistant director Jennette Schmitt. "We placed second at sub-sections and got the opportunity to advance to sections. From there, we ended up placing fourth overall," Bonneville said. "It was a wonderful opportunity and we even got to go down to St. Catherine's last Friday to support Esko and all the other plays that advanced to state."