Wanted: a place for lost dogs and cats 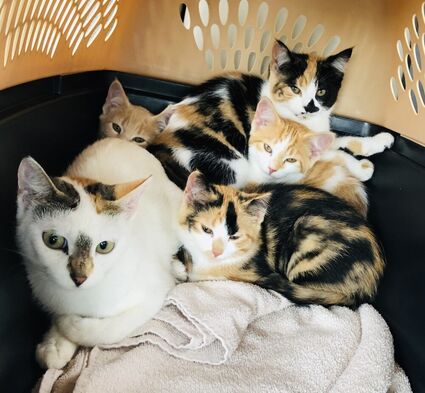 Custodians at Cloquet High School found a litter of kittens in June 2019. With no local animal shelter, they reached out to the Missing Pets of the Northland Facebook page administrators. Jodi Carlson of Missing Pets said she had to trap the momma and to reunite her with her babies. Because there was no local shelter, they transported the kittens and mom to a shelter in Wyoming, Minnesota.

In August, Carlton County will have been without an animal shelter for four years.

That's not OK, says a new group of concerned citizens.

Now called Carlton County Animal Rescue, the group has been meeting since October. Their ultimate objective is to build and manage a shelter to house lost or abandoned cats and dogs in Carlton County.

It's been a grassroots movement from the beginning, when Bekki Babineau recognized that an animal rescue group was needed and placed a message on the Cloquet Neighbors Facebook page in August 2021.

"I raised my hand and said I would love to work with other like-minded individuals; if you're interested, let me know. I just got a great response," Babineau said. "That led me to create the advocacy group Facebook page. From that I asked who was interested in serving in a leadership role."

That first call resulted in 18 people willing to help.

They've been meeting regularly ever since, usually at 6 p.m. on the first and third Thursday of each month at the Carlton VFW. New members are always welcome.

The lack of an animal shelter is a problem people have been talking about since the Friends of Animals (FOA) Humane Society shut its doors in August 2018, but this is the first time a group has taken steps publicly to try to replace the defunct animal shelter and humane society.

When FOA closed and disbanded, the longtime nonprofit organization was facing financial difficulties and a building in downtown Cloquet which had become a money pit, with renovations needed for prior renovations to stop the spread of disease.

There wasn't enough money, and when FOA reached out to the city of Cloquet, Carlton County and other cities and townships that were member communities - contracted with the humane society for animal control - they didn't get a lot of sympathy or additional funds.

FOA shut down within months, and the response was more of a whimper than a howl. Animal lovers were upset, but many of the movers and shakers had been part of FOA and that group had dissolved.

Once the shelter closed, instead of calling FOA to report a stray or missing dog, people called 911. City officials changed the laws so stray animals were no longer illegal, although officers can cite pet owners who allow their pets to run free, unchipped, or be what city code defines as a nuisance.

There was some talk of building a new animal shelter, but after finding out it could cost as much as $2 million to do it properly, officials from Cloquet and other parts of the county took a different approach. Following a joint meeting of 11 county, city and township officials in January 2019, officials across Carlton County decided to focus on expanding efforts to microchip pets - to provide a permanent ID for an animal which can be used to find the owner - and create a cheap or free spay and neuter program in collaboration with local or regional veterinarians.

Since then, the Cloquet police department partnered with Carlton County and Northern Lakes Rescue to put on three annual free microchipping clinics for Carlton County residents. The funds for the clinics and sterilization vouchers come from $20,000 in city and additional county/township funds previously allotted for the humane society. During the first clinic, they chipped 260 animals: 259 dogs and cats, and one pig. Police also gave out 100 vouchers for spay or neuter operations at local vet clinics.

Cloquet police chief Derek Randall said the chipping program has made a difference. When they get a call about a found animal, an officer responds with a chip reader. "Because of their microchip information, many of the calls we receive for lost or stays, officers can reconnect animals with their owners," Randall said.

However, if the animal isn't chipped or they otherwise can't locate the owner, it takes more time. He estimated that was the case about 60 times last year.

"In those cases, we've asked the person with the found animal to hold onto the animal until attempts to locate the owner are successful, transport the animal to a shelter, or contact Missing Pets of the Northland," Randall said.

While city and county measures have helped address some animal control issues, the lack of a place to take a found animal or report a lost pet is still a problem.

Missing Pets in the Northland has been filling that gap since the Friends of Animals closed. Started by four women, the Facebook page and its small group of volunteers cross state and community lines with posts about pets and strays in the Northland. Whenever someone posts about a lost or found animal, the information often makes its way to the Missing Pets page. Together with its more than 20,000 followers, they can solve the riddle of a missing pet in a matter of hours, although that doesn't always happen.

Cloquet resident Jodi Carlson is the face of the Missing Pets in the Northland group in Carlton County and a veterinary technician. Carlson has been carrying much of the burden of Carlton County's animal control on her own volunteer shoulders, while being a mom and holding a full-time job at a Duluth vet clinic.

"When strays need medical help, I have to get up extra early to give myself enough time to stop at the foster owner's house, to pick up the stray, then drive to Duluth, try to squeeze in vet care with our already busy schedule at work, then clean the kennel at end of day and bring it back to foster house," she said. "They are 12-hour days for me."

She shared the story of Big Rich - an orange tabby cat - in an email interview. The cat was found Feb. 6 sitting on Big Lake Road near Carmen's: he had a severe upper respiratory infection, ear mites, frostbitten feet, multiple broken teeth. They started treatment, but after a few days he took a turn for the worse and eventually was humanely euthanized.

Although these hard luck stories are part of their page, it's not the purpose of their group.

"The purpose of our page is to reunite lost and found pets in the Northland and not be animal control for a county who has no shelter," Carlson said in an email interview. "Luckily, with the help of Facebook and networking with rescues from all around the state we have been able to find help getting those strays to other rescues. Animal Allies in Duluth does not have a contract with Carlton County and can't take animals and the Humane Society of Douglas County of Superior won't take pets from Minnesota. We desperately need a shelter so our page can go back to its main purpose."

Randall said he couldn't speak for the city, but said it's a matter of best use of police time. "I would say that anything that would help lessen or remove the officers'/PD involvement from this issue would help us redirect our [limited] resources and staff toward more law enforcement-related matters."

"Ideally, animal control would be a separate entity with collaboration and assistance from the police for state and local code enforcement and animals deemed dangerous or potentially dangerous animals," Randall added.

Many of the Carlton County Animal Rescue members follow the Missing Pets in the Northland page and are committed to rescuing stray or injured animals. Some of them said they were inspired by the story of a stray named Curly, who was hit by a car in August 2021 and found lying in the middle of the road by a woman who messaged Missing Pets.

Carlson said she could see he was in "grave condition" when she arrived. Two police officers helped her load the dog into her car, and she rushed him to the ER in Duluth. A Facebook fundraiser helped raise money, and Curly lived.

But he needed weeks of ongoing care. Carlson fostered him and tended his wounds. The owner surrendered Curly to the group, and when he was well, he was adopted.

Both Curly and Big Rich are just two of many examples Carlson shared that demonstrate the need for a better animal control program in Carlton County.

The newly formed Carlton County Animal Rescue group wants to be part of that solution. They are definitely still in the "finding their way" phase, and looking for more members. Babineau said Cory Martinson and Angela Hillman help administer the group's Facebook page. A core group of eight or nine people attend meetings.

The group put out five possible choices for names and people voted on the Facebook page for the name of the group. At the Feb. 17 meeting, the group decided on Carlton County Animal Rescue. They named board members and discussed their mission statement. Some of the members also mentioned getting in touch with Jodi Carlson and Missing Pets of the Northland.

Jim Nelson, a former FOA volunteer, was at both meetings in February. "I'm here to advise and give information, answer questions as I see things come up, that I can get you on the right path, should I say, make it easier for you," Nelson said.

Martinson has been researching the requirements to gain nonprofit approval.

"We're trying to get our ducks in a row and decide how many ducks there are going to be," he told the group at the Feb. 3 meeting. On Feb. 17, the group decided to file the Articles of Incorporation because that's the first step in the application for a 501(c)(3). 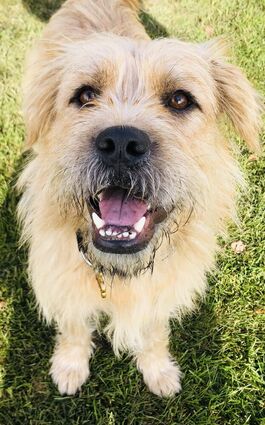 Martinson and other members also have been in contact with shelters in the region to gather advice and information.

Martinson stressed that the group needs to assure the citizens of Carlton County that they are serious about their plans.

"We have to show that we are legitimate, honest, transparent," he said.

To find out more about Carlton County Animal Rescue, follow them on Facebook or email them at [email protected] Meetings are held the first and third Thursday each month at 6 p.m. at the Carlton VFW, Post 2962.