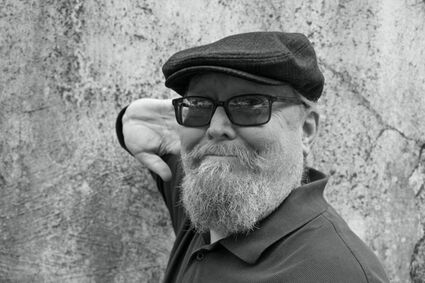 It’s with great sadness that we announce the death of Lawrence “Coolie” Oswald on Feb. 17, 2022, at his home in Gretna, Louisiana. Born in Cloquet, he was the son of Jerome L. Oswald and Alice Oswald, and the older brother of Jerilyn Anders, who survives him. He was a graduate of Cloquet High School, Class of 1966.

Coolie had a face for the radio and was a radio DJ at stations in Minneapolis and at KNDC in North Dakota, where he was known on the air as Lonesome Larry. He served in the U.S. Marine Corps as a sergeant, and worked as a cryptologist in the Vietnam War. He was one of the last marines to leave Vietnam.

Coolie is survived by his two children, Kimberly Oswald of Oakland, California, and Dustin Oswald of Slidell, Louisiana, and three grandchildren, Finn, Brogan, and Daphne, all of whom he adored.

Ever the student of history, Coolie was a voracious reader and was never without a book by his side. He loved the Denver Broncos, his corduroy sport coat, dogs, Winston Churchill, military aircraft and his interactive video games. He was an artist and was constantly experimenting with various techniques. Coolie passed onto his kids his love of history, his aversion to formalities, and his uncanny ability to start conversations with interesting people. He was dearly loved by his children. His family marched in the St. Anne Parade on Mardi Gras Day in his honor, and an Honor Guard ceremony was held in Southeast Louisiana Veterans cemetery on March 7.