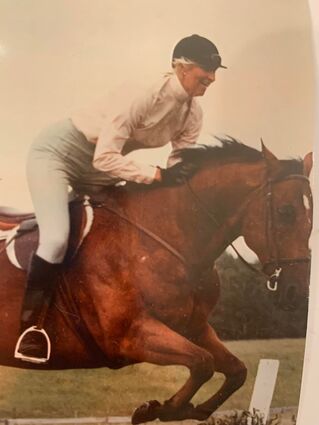 She lived. She lived gloriously, daringly, and free, she lived lovingly, enthusiastically, and full. She lived.

Our beloved mother, Karen Faye Litfin Wunderlich, passed away quietly on March 20, 2022, at 4:05 a.m. the time of the Spring Equinox, a time of rebirth and new beginnings. It can be said that she never wanted to leave our side, but over time her capacity to carry on lessened and became too much. Karen was born in Cloquet, Minnesota on February 21, 1944. She and her brother Laddie grew up in Mahtowa, the place where the tree grows out of the silo. Karen and Laddie could be found riding their grand horses, playing in the woods, and working at the family sale barn. She said no one had a better childhood than she. She graduated from Barnum High School in 1962. After working and traveling she attended the College of St. Scholastica in Duluth, becoming a registered nurse focusing on public health. She was extremely proud of this accomplishment. Karen started her career in public health with Carlton County in 1984, eventually becoming the Director of Carlton County Public Health and Human Services, retiring in 1999. Karen was a trailblazer and visible community member. She was the first female to join the Cloquet Rotary Club in January 1989 and the first female President of the Rotary in 1992. She also hosted the popular Cloquet Community Access TV program, “Unlimited Editions” for ten years during the late 80’s and early 90’s. Karen was a tireless volunteer serving on the boards of the Blandin Foundation and the Cloquet Hospital Foundation. She lent her fundraising skills to both the Hospital Foundation and Friends of Animals.

My mom’s passions were many. Can I say horses, horses, horses too many times? She was an avid and competitive rider who earned many awards throughout the years. A very memorable moment was riding her horse Gus backwards into the hippodrome at the state fairgrounds because he refused to enter the arena. She never stopped laughing about this. Her greatest thrill was jumping. Bid, mom’s most beloved horse, took her over many jumps throughout the years and she always said it felt like flying. Although she had countless ribbons and highpoint awards, she was most known for her support and encouragement of other riders. She reveled in another’s win and had a big “whoop whoop” of congratulations for everyone. Not to be forgotten was our horse race at the county fair where she beat me by two strides. She’d say three. She promised we’d cross the finish line together but her competitive spirit would not allow it. She gloried in taking horseback rides through the trails in beautiful Blackhoof Valley and always had a story about what tree had fallen and new sprouts coming through the snow. Karen lived daringly at times, climbing ladders to save Missy Mou, her favorite cat, from falling out of the trees. She loved to travel. She and her spouse Jerry had the fortune to visit many beautiful places across the globe, with Paris being her favorite. The glamour of high heels and ball gowns, of which she had plenty, required us to take many trips to the cities to find just the right one for each occasion. Especially important to her was hosting the Miss Barnum pageant. This gave her the chance to spotlight our beautiful young ladies of Barnum. Karen was a Barnum Bomber through and through. She loved Bomber basketball especially when the Bomber band was playing. In keeping with her daring spirit, her primary goal was to be kicked out of a game for being too loud. When things got out of hand she’d yell “mayhem” and hope the coach was listening. She was Reece’s number one basketball and football fan. Before every game he patiently listened to her coaching advice which often garnered a few points here and there. Her most recent joy was getting all of Reece’s updates related to his college life in Texas. Common questions were, “What are your grades and are you eating enough?” Karen would delight in being remembered as an exceptional debater. She knew just enough about everything to either get herself in some hot water or win over the unsuspecting with her savvy charm, charisma, and twinkling eye.

As time passes on, which it does for all of us, my mom learned how to live differently despite her physical challenges. She never lost her strong spirit, nor her smile, nor the gift of making another feel like they were the most important person in the world.

We want to send a special thanks to all staff at Evergreen Knoll and Sunnyside Nursing Home in Cloquet for their kind support and love. She felt cared for and safe. To everyone that has reached out with comments and condolences, thank you! Thank you! Your memories and pictures have filled us with love. 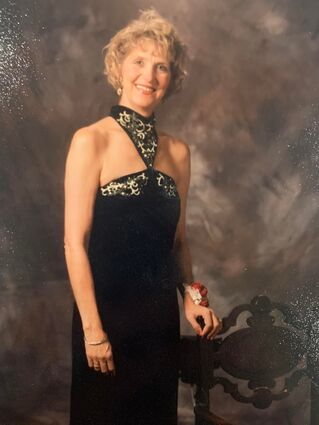 As we move on without her physical presence, we recall that grief and love are conjoined. You cannot have one without the other. We cannot be afraid to love nor fear the pain of loss. All we can do is emulate her by living with daring and spirit and joy. (Jandy Nelson, The Sky is Everywhere)

Somewhere…somewhere in time’s own space, there must be some sweet, pastured space where creeks sing on, and tall trees grow. Some paradise where horses and I will go. For by the love within, I know great horses and I will live again. (Stanley Harrison).

Goodbye for now my dear mother. You brought light to every facet of my world! I will look for that light each and every day.

A celebration of life ceremony will be held this spring, her favorite time of year at her favorite place on this Earth, our family farm.