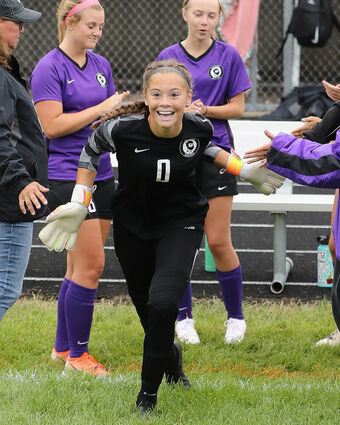 A year ago Katelyn Olson was waiting to take over as the Lumberjacks girls soccer team starting goaltender.

Last fall she helped lead her Lumberjacks to the Class AA Minnesota state soccer tournament, where they had their best finish ever.

A week ago she was told she won the prestigious Minnesota Indian Education Association's Outstanding American Indian Female Athlete award.

"I was pretty surprised to find out that I had won the award," Olson said. "I am very grateful for the award and it is so nice to be recognized."

"[Katelyn] is so deserving of any accolades she gets," said Lumberjacks head soccer coach Dustin Randall. "She is a great kid, works very hard, and is never negative. I don't think I have ever heard her complain."

Olson had to bide her time in becoming the starting goaltender while Gracie Meagher guarded the net for four years. Once she had her chance, the junior helped lead her team all the way to the state semifinals at U.S. Bank Stadium.

"Katelyn truly worked her way up through hard work," Randall said. "It's a great story and she's been super solid for us and a huge part of our recent success." 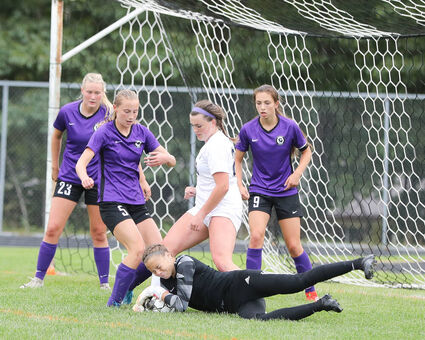 The criteria for winning the award include grade point average as well as role model and leadership abilities.

Last fall she made 54 saves, helping the Lumberjacks to a 17-4 record and a Class AA semifinal appearance.

"All of this has been an "unreal experience," Olson said. "I just want to help represent my town and people and show what people can accomplish."

Shirley Miner, Cloquet High School Indian home school laison, nominated Olson for the award and submitted the application in mid-March. Olson found out about winning the award on March 22.