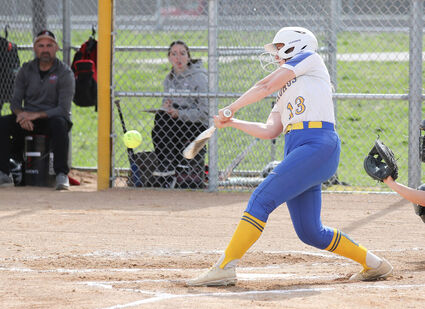 Esko, the lone Class AA softball team in the county, opened sectional play Tuesday at home with a resounding 15-5 win over the Mesabi East Giants. The win moves the Eskomos on to the second round of the playoffs on Thursday at Cloquet's Braun Park.

Esko opened the first inning with runs from Amber Carlblom and Maya Emanuel for a 2-0 lead. The Giants cut the gap to 2-1 in the top of the second inning, but Esko exploded for 12 runs in the second inning to go ahead 14-1.

"It was a combination of good hitting, some walks and some fielding errors by them," said head coach Huff Emanuel. "Once we got the big lead, I was able to start getting subs in as early as the bottom of the second inning.

Carlblom and Avery Kuklinski both finished with three hits, while Raegen Olson and Emanuel added a pair of hits each. 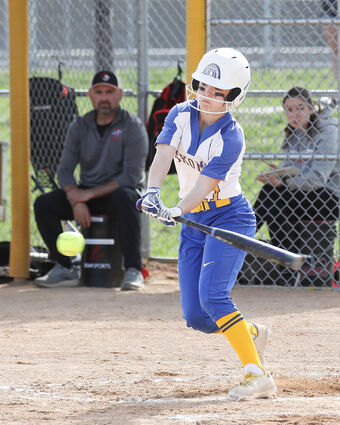 "I really wanted to get a lot of kids in to pinch hit for the playoff experience," said coach Emanuel.

Carlblom pitched the first three innings and gave up one run on one hit while Kaelyn Foxx pitched the final two innings for the Eskomos.

"It was important to get Foxx some playoff innings on the mound," said Emanuel. "Next year we will need to rely on her, and this will help her and all the younger players who got in to grow and get better."

The win improved Esko to 13-4 overall. Esko is the No. 2 seed in the section behind Proctor and will take on the winner of Crosby-Ironton and Mora in a matchup at 3:30 p.m. Thursday at Braun Park.