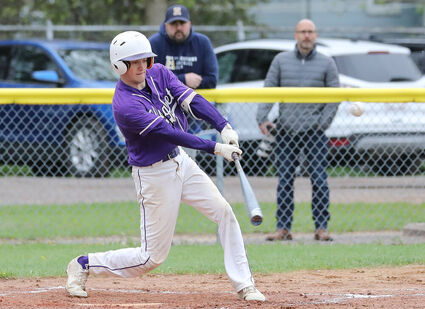 A big second inning was just too much for the Cloquet baseball team to overcome in their Section 7AAA opening-round loss to Hermantown. The Hawks parlayed the six-run inning into a 7-3 win over the 'Jacks.

"That big inning could have been prevented," said Cloquet coach Tyler Olin. "We had two outs, but a walk and error kept them alive and then they had several hits after that to give them the big inning."

The game was scheduled as a home game for the higher-seeded Hawks, but the game was moved to Cloquet because Hermantown's field was unplayable with the recent rainy weather.

After trailing 6-0, the Lumberjacks gave up another run in the fourth inning to make it 7-0. However, Cloquet fought back with three in the top of the fifth inning to narrow the gap to 7-3, but that would be the closest they would get. 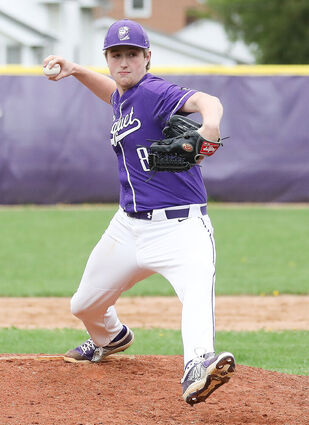 Dayne Painovich, Noah Knutson and Marshall Hayes scored the Cloquet runs. The Lumberjacks managed just seven hits with two of those coming off the bat of Kollin Bonneville.

"We stranded 10 runners," said Olin. "We had chances. In the first six innings we had runners in scoring position and the seventh inning was the only 1-2-3 inning of the game. We just couldn't get the big hit."

The loss dropped Cloquet into the elimination bracket of the double-elimination tournament. Cloquet was to play in a must-win scenario in Hibbing Thursday.