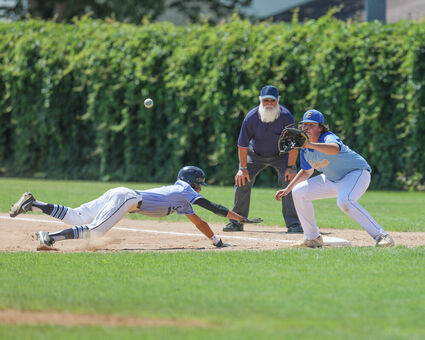 Esko opened with an exciting and impressive victory over Sleepy Eye in a game that saw only one run scored. Esko triumphed 1-0 behind a strong pitching performance by Sam Haugen, who allowed only one hit and walked just one in the win.

"Sam pitched a great game," said Esko coach Nick Legarde. "They didn't get a hit till the last inning. It was high intensity the whole game."

Esko managed to score one run when Jamis Halvorson was bunted to second by Connor Pierce and then scored on a hit by Bobby Thornton.

"The bunt by Pierce was one of the best bunts I've ever seen," Legarde said. "We were just trying to sacrifice Jamis to second, but it ended up being a base hit on the bunt and it got us the momentum."

The win moved Esko into the semifinals against Le Sueur-Henderson, which had defeated Morris by a 7-6 score in their opening game.

Esko got another well-pitched game against Le Sueur-Henderson in a 5-4 loss, but the baseball gods decided this was not to be their day.

"We lined out to center field seven times and we hit six hard ground balls to shortstop," Legarde said. "We just crushed the ball. We just kept waiting for our luck to change and it just didn't go our way."

Esko rapped out six hits and also stung the ball all game, but three weakly hit balls by Le Sueur-Henderson dropped in timely fashion. It was enough for them to win the game.

"That was a tough one to swallow," Legarde said. "We just couldn't find a gap. It was frustrating because Finn Furcht pitched a heck of a game for us and deserved the win."

The loss dropped Esko into the third-place game where they pounded out an 8-3 win over Dilworth-Glyndon-Felton.

"Everyone who didn't play in the first two games started for us and played the whole game," Legarde said. "I just think that speaks to our amazing depth."

After the first two games of great pitching performances, Legarde had a dilemma on his hands: how to play out the third-place game. Thanks to the depth of talent on his squad, he was able to put three young arms onto the mound who were up to the task of pitching their team to the win.

"We threw Jackson Peterson, Sam Panger and Dylan Marciulionis and they all threw very well, which is what we expected," Legarde said. "We have 17 guys on our roster and they all contributed in the tournament." 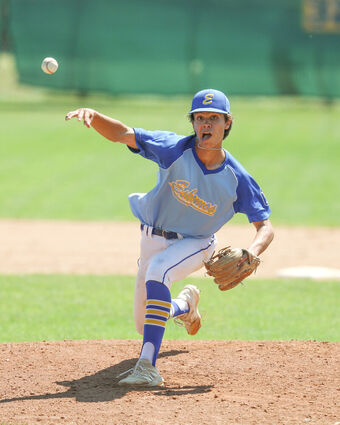 Against DGF, Esko had five players who went 2 for 4 in the game. Leading the hitting barrage were Jackson Peterson, Jack Bergstedt, Joe Cekalla, Sam Panger and Leo Luense, all of whom had two hits. Esko pounded out a total of 14 hits in the game.

"I am not a big speech guy, but after the tournament we talked to the team about their potential and all the baseball they have ahead of them," Legarde said. "They are all ninth- and 10th-graders, so this program is really headed in the right direction and there is a lot of young talent coming up. It will be fun to watch them as they continue their careers down the line."