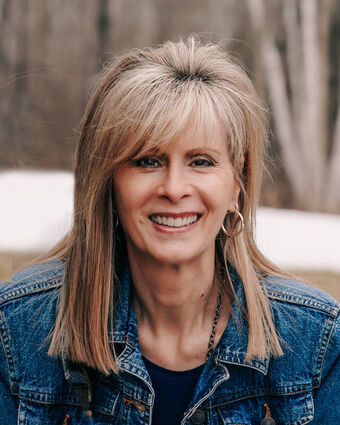 Teresa “Terry” Joan Smalley, 61, of Duluth unexpectedly left our earthly world Aug. 11, 2022. She was born Oct. 29, 1960, to Norton and Joan Hjelle. Her lifetime of putting others first began at a very young age, as her siblings would describe her as the third parent of the household, making sure everyone was fed, chores were done, and everyone stayed out of trouble (except for Sherm). Terry graduated from Hermantown High School in 1979, but not before leaving her mark: National Honor Society, student council, prom queen, academic honors, you get the gist.

Though academia was important to her, Terry’s fierce work ethic took over when she went to work for the Hermantown Super One for 29 years. Everyone knew they could find her at the grocery store (mostly by spotting her hair). Her next venture brought her to a longtime position in the UMD bookstore, while she also proudly completed her bachelor‘s degree in 2016. Most recently she started a new adventure working for Carlton County Human Services. Each step of the way, she built a community of work friends turned life friends, and carried them with her each time.

She met the love of her life Kyle Smalley in 1982, and had no idea the wild ride she was in for (literally). Young and in love, they eloped in Hawaii in 1988, before welcoming their first baby the following year. Jesse had a good seven-year reign of the only-child life before they decided to add Carmen to complete the family. Anyone who knew Terry knows being a mother was her greatest passion.

Besides being the greatest wife, mother, friend, sister and daughter, she carried some pretty angelic traits. She embodied kindness, superhero strength, inspiring independence, and enough empathy to save the world. Her strong faith shined bright, and her vibrance came from loving others the way she knew Jesus loved us all.

Terry is preceded in death by her precious husband, Kyle, and both her parents.

A memorial service was held Aug. 23 at The Vineyard Church, Duluth, Pastor Michael Gatlin officiating, followed by a Celebration of Life at the Buffalo House Junction, Duluth.

In lieu of flowers, please take a moment to hug your loved ones like there’s no tomorrow. Please share online condolences and photos at SunriseFuneralHomeandCemetery.com.