Ogichidaag bounce back to defeat Lions 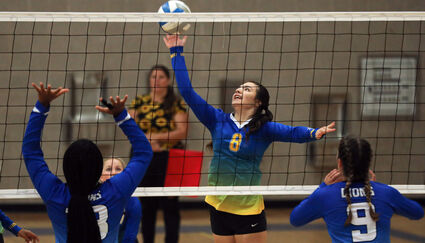 Now into her second season as coach of the Fond du Lac girls volleyball team, Larissa Littlewolf is seeing marked growth in the program.

"We have 26 girls in the program," Littlewolf said. "In fact, we are looking at possibly adding a 'C' team to go along with our varsity and junior varsity teams."

Last Thursday the Ogichidaag rewarded themselves, their coach and their fans with an impressive come-from-behind victory over Lakeview Christian Academy. After losing the first two games of the match by scores of 20-25 and 12-25, the Ogichidaag bounced back to take the match, winning 25-12, 25-18 and 15-13 in impressive fashion.

"After the second game loss, we told the girls to get together and talk things over and figure out what they wanted to do," Littlewolf said. "They came out and they pumped each other up and started digging in." 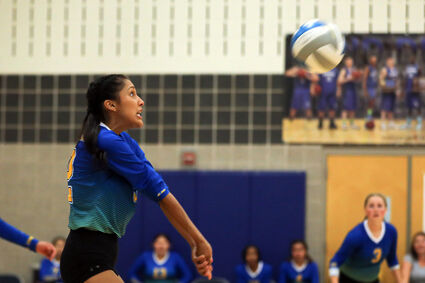 Led by the net play of Leilani Fonoti and the setting of Cheyenne Olson, the Ogichidaag turned the tide and claimed their first win of the season.

"I think we surprised them in the third game the way we bounced back," Littlewolf said. "Lakeview had some amazing servers, but our girls dug deep and found a way to return serve and get the win."

Olson and Fonoti are the captains of this year's FDL team. According to Littlewolf, the team has plenty of other leaders too.

"Ailie Peacock is showing great promise and Roena Diver is as well," the coach said. "My setters are Olson and Diver. They are running the offense very well right now and helping to lead the team on and off the court."

With a growth in numbers and a growth in an optimistic attitude, the Ogichidaag appear to be heading toward a season to remember.

"We are very optimistic about what is ahead," said Littlewolf. "We are super excited about the season."