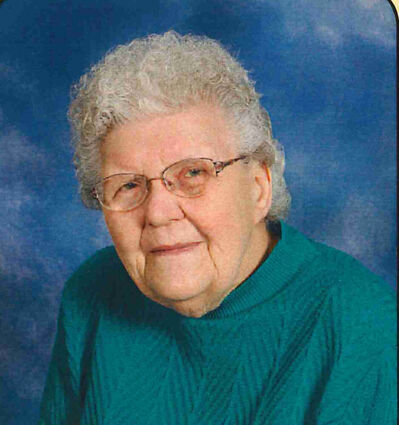 Martha Jeanette Kesti of Esko passed away Oct. 6, 2022, surrounded by family on her 95th birthday.

She was born in Aitkin on Oct. 6, 1927, the daughter of Louis and Anna (Swenson) Strom. She was a 1944 graduate of Superior Central High School. Martha was united in marriage to Matt Kesti on May 15, 1948, in Cloquet. After getting married, they moved to Esko and resided there for 60 years until their move to Carlton in 2009. In 2020, Martha became a resident of New Perspective Senior Living in Cloquet, where she resided until her passing.

Martha was a lifelong member of St. Matthews Lutheran Church in Esko and was very active in the Ruth Circle, now the LWML, the Lutheran Women’s Missionary League. She was a member of the Electrical Workers 31-242 retiree club, Carlton VFW Auxiliary and Esko Senior Citizens, and was an avid cribbage player.