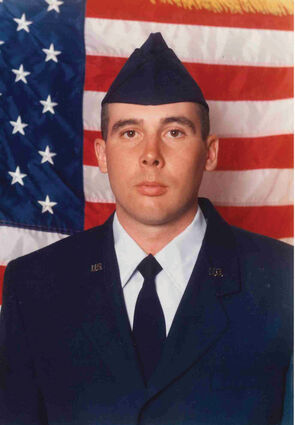 Todd graduated from Cloquet High School in 1990. He began working at Big Bucks Bingo at age 16. He proudly enlisted in the Air Force in 1993. He served as a crew chief on MH-53 Pave Low helicopters. Experiences and encounters during his years of service contributed to an ongoing battle with post-traumatic stress disorder.

Todd completed his military service in 1997. Upon his return home he worked at Black Bear Casino, where he worked for many years.

He also was a manager at the Carlton VFW for several years. Todd surrounded himself with the simple pleasures: music, namely MÖtley Crüe; the Vikings; and fellow veterans, friends and family. Native culture, and a love of all nature, were his spirituality. His comforts were the river, the woods, and his perfectly manicured lawn. He loved his precious dog, Sunny, and was adopted by his cat, Kitty.

A service with family and close friends was scheduled for 11 a.m. Thursday, Nov. 17 at Nelson Funeral Home in Cloquet. All are invited to a Celebration of Life 1-4 p.m. Sunday,