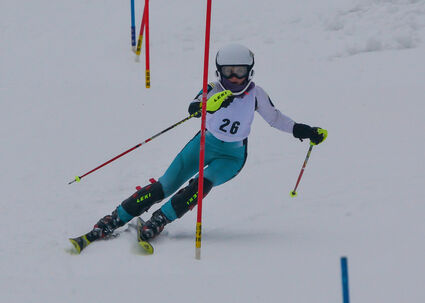 Temperatures soared into the mid-30s. But the Cloquet-Esko- Carlton girls were undeterred, enjoying a strong performance while finishing second behind Duluth East.

"The rain softened things up quite a bit," said CEC coach Ryan Zimny. "Our girls team skied very well and, had we not had a fall by one of our skiers, we probably would have won the race."

The girls team was led by Emily Regas, who finished in second place with a two-run combined time of 1 minute, 4.34 seconds, which was less than a second-and-a-half behind East's Veronica McHenry.

"Emily skied very well, as did our entire girls team," said Zimny. "We have a lot of talent, and the right mix of kids this year who push each other."

"I knew our girls would be good this year," Zimny said. "We have 20 teams in our section, so it will be a tough section again this season and we'll need depth from skiers all through our lineup."

Anika Elsmore finished in 20th. Madysen Waters finished 45th after suffering a fall in one of her runs.

"The girls are still learning to push themselves and to find that edge," Zimny said. "If they all do what they expect in each run, we will be a tough team."

While the CEC boys did not have as much success, it is an inexperienced team, one that is learning the ropes of being a high school skier. 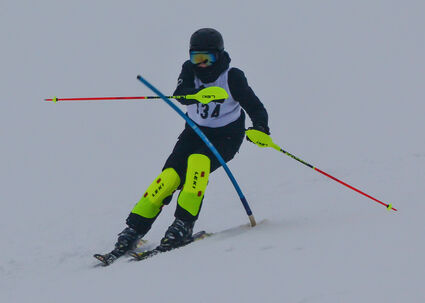 "Racing is a whole lot different than just going back and forth down the hill," Zimny said. "We have a lot of new kids, and half the team is brand new. It has been fun to watch them progress so far."

"The more time on the hill and the more time racing will be big for the younger guys," said Zimny. "It is just a different deal when you are focusing on going through gates and trying to go fast while not falling. They are all learning, and for me it is just fun to see their growth."

The conference meet is Friday and then next Jan. 26 is a meet at Giants Ridge.

"Things are starting to get busy," Zimny said.