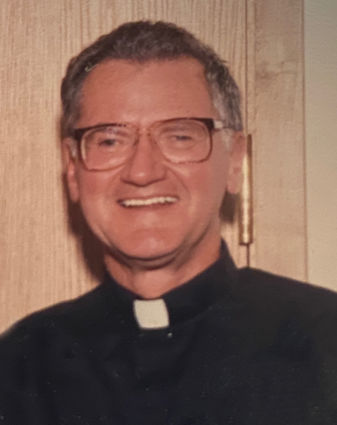 The Reverend Father Roland Joseph Antus, 85, of Cloquet went to be with our Savior Jesus Christ on June 21, 2020, at Inter-Faith Care Center in Carlton.

He was a Fourth Degree member of the Knights of Columbus Bishop Welsh Council 5132 and served as State Chaplain. He enjoyed fishing, hunting and golfing. He traveled the world and was fluent in several languages. He loved to spend time with family and friends on his property at Cedar Lake in Aitkin. Fr. Roland will be greatly missed by his family and friends. All who knew him were inspired by his kindness, compassion, and generosity. Fr. Roland was a good man, a Holy man.

He is survived by a brother, David (Diane) Antus; two sisters, Rose Marie Carlson and Joyce (Vance) Greene; and numerous nieces and nephews.

Visitation: 5-7 p.m. Saturday, June 27 at Nelson Funeral Care in Cloquet, with a Rosary Service at 6:30 p.m. led by the Knights of Columbus. Visitation resumes 1 p.m. Sunday, June 28 until the 2 p.m. Mass of Christian Burial at Queen of Peace Catholic Church. Interment service will be at Old Calvary Cemetery. A luncheon in the church hall will follow. See the family guest book at http://www.nelsonfuneralcare.net.