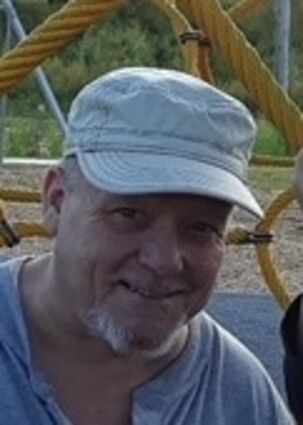 Michael Hugo Tempes, 69, of Cloquet passed away of natural causes as the cold winds of February ushered him upward to a warm and welcome Homecoming.

Michael was born to Hugo and Delores (Loubsky) Tempes on Sept. 5, 1951. He and his four siblings grew up in the house their father built in Bensenville, Illinois. Michael joined the U.S. Navy at age 17 and celebrated his 18th birthday while serving overseas in Japan. Upon his discharge Michael moved to Carlton, where a chance meeting on the shores of Chub Lake public beach led him to his future bride, Lynn Zimmerman. They were wed in May 1977 and together raised two children, Tara and Daniel.

Michael had a razor-sharp intellect and high adaptability to any situation that enabled him to pursue multiple various occupations over the course of his life. From his roots working in the tire shop his father owned in Illinois, to maintenance work at St. Mary's Hospital in Duluth, serving as a corrections officer for the Carlton County Sheriff's Office, and 20 years of combined service as a dispatcher and commercial vehicle inspector for the Minnesota State Patrol, Michael took pride in an honest work ethic and respect for all those he worked with and served.

Michael was a clever handyman who could troubleshoot any situation around the house or garage. An avid nature enthusiast, he enjoyed time in the outdoors walking the Jay Cooke State trails and fishing the countless streams, rivers and lakes his Northern Minnesota had to offer. Michael had an incredible sense of humor and will be remembered for his ability to inject comedy into the less enjoyable aspects of life on Earth. Most of all, he will be remembered for the unconditional love and support he bestowed upon his children and grandchildren.

To honor Michael's request, there will be no service. Just land a nice trout or bass this coming summer and tilt your hat to the sky, he'll approve. Rest in Peace Dad, until we meet again. Letters and cards of condolence may be sent to family care of Atkins-Northland Funeral Home, 801 14th Street, Cloquet MN 55720. To sign the guestbook and offer an online tribute, see http://www.atkinsnorthlandfuneralhome.com.