Panthers come through in double overtime 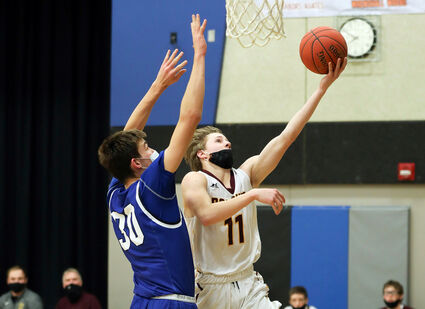 One can only imagine how loud the South Ridge gym was by the end of regulation Monday night in an incredibly close game against Barnum. With his team trailing by three points and time winding down, the Panthers got a bit of heroics from Jaxson Bennett, who drained a 3-pointer that tied the game. That score allowed the Panthers to proceed to an impressive 74-71 double-overtime win over the Bombers.

"We drew the set up just as we run it in practice," said Panthers coach Phil Pliska. "The guys ran it to perfection and Barnum defended it really well, but Jaxson drilled the shot and just got up and over the defender. It was a great shot."

The game was a back-and-forth affair that had fans looking as if they were watching a ping-pong game. Neither team could pull away. And the game was destined to have a great finish. "It was just a good high school game," said Pliska. 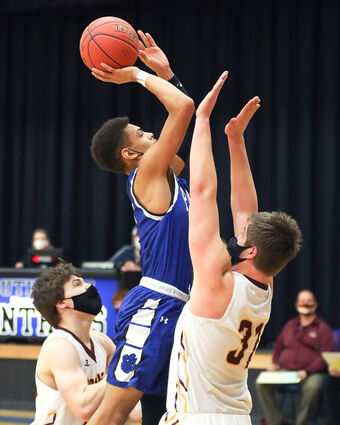 "Our kids played well, we just had trouble with their height," said Barnum coach Rich Newman. "I liked our intensity, and our players off the bench contributed to our effort."

The win improved the Panthers record to 12-5 while the Bombers dropped to 8-8 with the loss.

The Bombers' last scheduled home game was Thursday, March 11, against McGregor with an away game Friday against Hinckley-Finlayson. The South Ridge boys team plays at North Woods High School Friday at 7:15 p.m.