Girls golf team gets 'back in the swing of things' 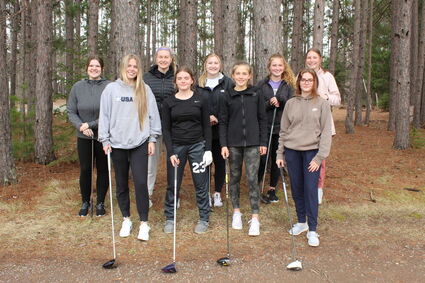 This spring hasn't exactly been cooperative when it comes to high school golf teams, and the Lumberjacks girls team is no exception.

The Cloquet-Esko-Carlton players were able to finally hit the links last Friday after having two other meets canceled due to wet conditions this spring.

"We had an early start this year, but we haven't been able to take advantage of it because of the weather so far," said CEC girls coach Matt Carlson. "However, anytime you can get out in April is a bonus. We are used to this with spring golf in Minnesota."

Carlson's team is a young squad with only one senior and one junior. On Friday the 'Jacks played in a quadrangular at Enger Park Golf Course in Duluth where the team finished third. 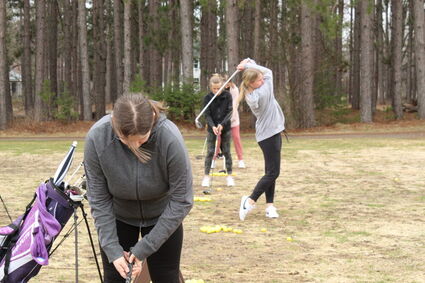 Leading CEC in scoring was JuliAnn Steinert, who carded a 107 over 18 holes. Finishing second for CEC was Avery Carlson with a 112. Abigail Steinert was third with 116, Ana Hamann finished fourth at 121, and Maddie Young was fifth at 122.

The sole senior, Hamann said she was upset that last year's season was canceled "especially since courses were open a week later and golf is the very definition of social distancing," she added.

Hamann said she is determined to make this her best year yet. "I think the whole team feels the same way, especially since there was no season last year."

"It is great to get back into the swing of things," Carlson said. "The kids are excited, and although it is different, it feels like we are getting closer to normal, and the kids need that!"