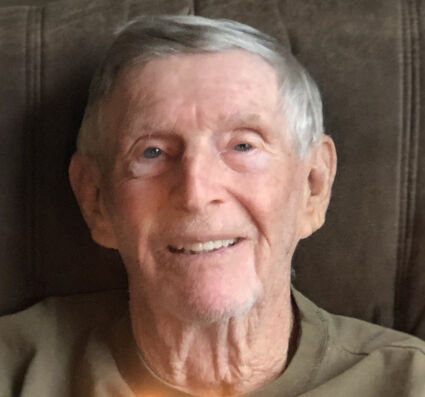 Gerald Thomas "Jiggs" La Breche was born May 1, 1932, in Cloquet and passed away Nov. 17, 2021, in Floodwood. He was better known to his family and friends as "Jiggs." His parents were Edward and Evaline La Breche. Jiggs grew up in Cloquet, along with his two brothers and one sister. He graduated from the Catholic Sacred Heart school, the Cloquet high school and University of Minnesota Duluth. He served in the U.S. Army and played on the Army golf team.

Jiggs was a high school teacher; he taught one year in Los Angeles, and after a short stint in the insurance business in San Diego returned to Cloquet and taught high school at Cromwell until his retirement. While in Cromwell he also taught summer driver education, and later was a substitute teacher in Floodwood and always enjoyed watching the school's athletics.

Jiggs was never married; his love was golf, gardening, birds, reading the morning newspaper, and working the crossword puzzle. He made many golfing friends over the years and won numerous golf championships. In 2019 the members of the Cloquet Country Club presented him with the lifetime achievement award in recognition for his outstanding promotion, dedication, competitiveness and respect for the game of golf. The last 10 years, Jiggs was a snowbird, spending winters at his place in Mercedes, Texas. He would play golf, give free golf lessons, and relax.

Jiggs was preceded in death by his parents; his sister, Bette Romanek; and his brother Eugene "Scrub." He is survived by his brother Jack; brother-in-law, Adolph Romanek; and 14 nieces and nephews.

Visitation: 5 p.m. to 7 p.m. Friday, Dec. 3 at Nelson Funeral Care with a 6:30 Rosary. Visitation resumes 10 a.m. until the Memorial Mass Saturday, Dec. 4 at Queen of Peace Catholic Church. Military honors will be presented by the Cloquet Combined Honor Guard. Burial will be held in Old Calvary Cemetery, with a luncheon held at the Queen of Peace church. To leave an online condolence, visit the guestbook at http://www.nelsonfuneralcare.net.