Across a century, print shop remains 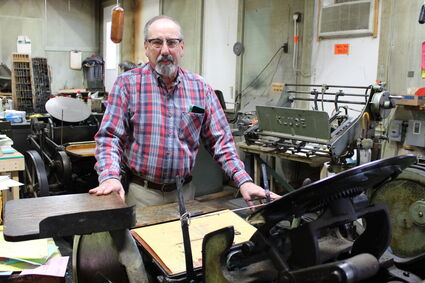 Rick Luke has worked at Northern Printery in Cloquet since 1969 as a high schooler. It's a throwback business, for sure, but it has held on for nearly a century.

Rebuilding Cloquet after the 1918 fire spurred not just growth of the wood products industries, including paper production, but also what are known as "spin-off" developments. The Northern Printery, established in 1923 by Parker Childs, remains as one of those businesses.

Rick Luke, the current owner, has spent the better part of his life working in the original building at 206 Avenue C.

"I started here in 1969 as a trainee for high school my senior year," Luke said. "It was called vocational training and I got out of school for half the day to go to work."

After graduation he recalled that...