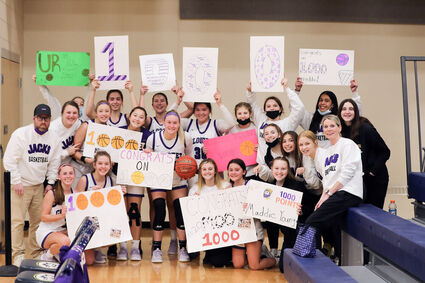 This past week the Cloquet girls basketball team has notched wins over Esko, Crosby-Ironton, Hermantown and Barnum. The 'Jacks are an impressive 12-3 on the season and have not lost since losing the opening game of the Wood City Classic on Dec. 28, and have won six in a row.

While all the wins have been good, last Thursday's 57-49 road win at Hermantown may have been the most impressive.

"Quinn Danielson had just a fantastic game for us. We would not have pulled that win off without her on the floor," said Heather Young, Lumberjacks head coach. "She hit key shots, took care of the ball, and played solid defense."

The diminutive guard led the 'Jacks with a career-best 20 points while also providing a defensive spark against the pesky Hawks. Danielson made five 3-pointers in the game.

"The game for our group was just a bit off and I think it maybe had to do with Maddie (Young) trying to get her last 8 points to get to the thousand-point mark for her career," said coach Young, who is also Maddie's mother. "The girls were so focused on her to do that, and really wanted it for her, that we got a bit out of our game plan. Thankfully, players like Danielson and Caley Kruse, who led us in rebounds and hit the boards hard, stayed the course."

A big run at the end of the first half pulled the Lumberjacks to within two points of the Hawks. It was Danielson who hit a pair of 3-pointers and then galvanized the win with two free throws late to secure the victory.

"To beat Hermantown on their home floor in front of a great crowd was really fun to see for our group," said coach Young. "That is the difference; this group of girls knows how to win. They are hungry to win, and I just appreciate seeing that."

For Young's daughter, the thousand-point club has been a mission in overcoming adversity.

"She has overcome a broken jaw, sprained MCL, multiple rolled ankles and just kept working," said her mom and coach. "She never quits, and pulling her off the floor even when injured is something she doesn't want. Her past coaches and teammates are all important pieces to this accomplishment." 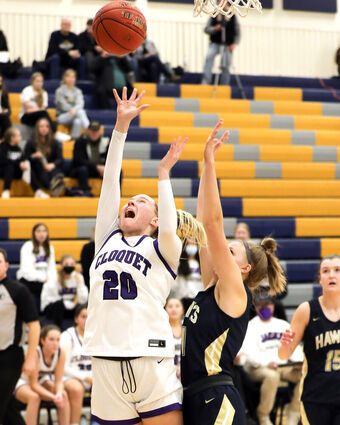 On Monday, the 'Jacks were back home taking on Barnum. The 'Jacks raced out to a 40-22 halftime lead and then emptied the bench in a 72-52 win over the Bombers.

In that game, Alexa Snesrud led the Lumberjacks with 20 points. Quinn Danielson recorded 10 points. Also scoring for Cloquet were Addison Thompson with eight, Justice Paro with seven, and Kiley Issendorf and Caley Kruse with six each. Ava Carlson chipped in with five points, Macie Majerle and Maddie Young each had four, and Katie Turner had two points.