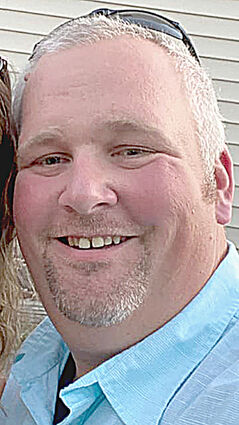 After 19 years as an assistant in the Cloquet football program, Jeff Ojanen was named the new head coach of the program at last week's school board meeting.

Ojanen, a 2002 Cloquet graduate, spent five years with the ninth-grade and junior varsity teams and the last 14 years as the defensive coordinator for Tom Lenarz, the longtime head coach who retired this past fall.

"I am very grateful for the opportunity to be the head coach," Ojanen said. He played high school football for Lenarz. "As long as I could remember I wanted to coach football and someday be the head coach in Cloquet. I bleed purple and have a lot of pride and love for the

During his tenure as an assistant, Ojanen has had the opportunity to learn under one of the most well respected football coaches in northern Minnesota.

"I think the biggest thing I learned from Tom ... is to trust your assistant coaches," Ojanen said. "He gave me a lot of autonomy with running the defense for so many years. And that will be something I will make sure that I do also as the head coach."

Ojanen is fortunate in the transition with the rest of the staff returning for another season.

"I told the rest of the guys that I was applying for the job as soon as it was announced, and that I wanted all of them to be on my staff if I got the job," Ojanen said. "I know it is cliché to say that we have the best staff in the state, but I truly believe it. Every one of them cares about kids and has a passion for teaching the game of football."

He said the middle school staff is strong as well. "One reason we are as successful as we are is because we have a guy like Tim Prosen, who has run our middle school program for 15-plus years. People don't realize how big of a deal that is to sustaining numbers in our program."