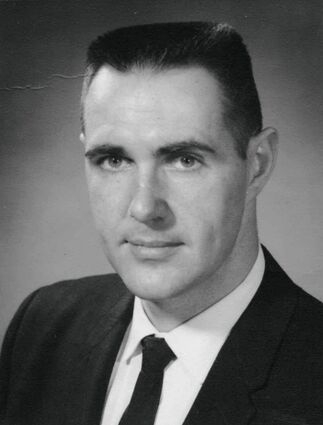 Robert Russell McMillan, 89, known as "Mac" or "Bob," passed away in the early hours of April 1, 2022. All who really knew him will miss his humor, storytelling, letters and poems.

Bob was born July 27, 1932, in Marshfield, Missouri to Harold Wilbur McMillan and Flora Mae Ricketts McMillan, the second son of five siblings. In his formative years, the family loaded their earthly belongings into a small truck and left Missouri in 1937, fleeing the Dust Bowl. They made their way to Wright, Minnesota, where Bob was raised. In his youth he developed an early interest in tractors and agriculture and took great pride in his Future Farmers of America membership. He heard young men's stories of working harvest crews on the vast expanse of the West, sparking a boy's dream to make his way to the prairies of Montana. In 1950, Bob graduated from Cromwell High School, joined the Minnesota National Guard and went to work at Northwest Paper in Cloquet. Shortly after, in 1954, he began active duty with the U.S. Army and was stationed in Fort Bliss, Texas and Fort Carson, Colorado.

Texas and Colorado gave him a taste of the West, increasing his desire to see Montana and Wyoming, the "true west" to him. Following his noncommissioned officer training in Fort Carson, Bob returned to Minnesota, got a new car and picked up his younger brother Steve. They traveled for 21 days through the mountain states all the way to Old Mexico. In 1956, Bob went to work full-time with the Minnesota National Guard, serving 11 years between the Guard and the Army, rising to the rank of master sergeant. The same year he returned to Northwest Paper, where he met a tall, lovely girl and future wife, Marion Nynas. They married July 28.

August 10, 1959, marked the beginning of his life as "Mac" with the IBM Corporation, and they moved for a short time to Kingston, New York. 1960 brought an opportunity to transfer to Great Falls, Montana to work on the SAGE data center project at Malmstrom Air Force Base. He jumped at the chance and in January he made it to Montana with Marion and their two small daughters. After the project, Mac remained with IBM in Great Falls as an account engineer for northern and central Montana until retiring in 1998. Mac made lifetime friends in the IBM family and he often commented on how well he was treated by "Big Blue."

Mac was a longtime member of the International Toastmasters, serving as a governor of the Montana district. He was an avid outdoorsman, gun enthusiast and collector. His attention to detail and research made him an avid shooter and an ammo reloading master who mentored many. He loved many years of hunting in the river breaks near Highwood and the coulees of Grass Range. In 1976 Mac and Marion and their four daughters moved to the Eden area south of Great Falls, where he built a barn, garage and custom family home that Marion designed. In 1982 the couple took a chance to broaden their horizons and accepted a brief assignment in Guam for IBM. They enjoyed sharing the island culture and deep history together. Following retirement, they moved from the Eden area to Hamilton, Montana for six years to live near Marion's sister, Joyce (Carter) Reynolds. They returned to Great Falls and lived for a time in the Belview Palisades area until Marion's death in 2019. Mac lived his remaining years with his daughter Laureen on the Ferda Farm north of Highwood, on the prairie he loved. 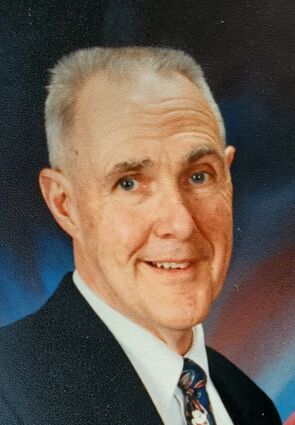 The family is planning a private gathering at Wendy's gravesite at a later date and is grateful to the staff at the BeeHive Clover Cottage for their compassionate care.

Condolences to the family may be shared online at http://www.SchniderFuneralHome.com.