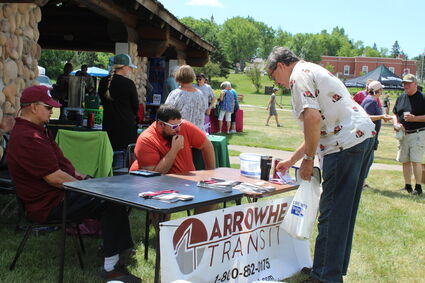 Seniors can pick up valuable information at the Senior Day in Cloquet, now in its third year.

Starr Marshall decided to organize the first Senior Day in Cloquet in 2019 after she realized an elderly client visiting her office at Reliable Insurance Agency was being abused, as it turned out, by her son. Marshall said the nearly 80-year-old woman had bruises on her face.

"We called the police and stuff happened, but it was really sad," she said.

The now annual event is held in conjunction with World Elder Abuse Awareness Day, and it's known here as Senior Day. It's a day to celebrate seniors and educate them and their loved ones about the risks of abuse. The third Senior Day will run 11 a.m. to 3 p.m. Wednesday, June 15 at Cloquet's Veterans Park.

"We want seniors to know they're valued in this community, and supported," Marshall told the Pine Knot News in an interview last week, adding that "well over" 100 totes containing trinkets and information will be given out to the first 100-some attendees.

Marshall estimated close to 300 people attended last year's event and nearly 40 vendors set up awnings and tables at Veterans Park. They offer a combination of shopping, learning and dining options. There's information about services available to older residents, senior health care and living options, employment, beauty tips and more. Alan Johnson Photography will have a photo booth there. Bearaboo is bringing coffee, Super One is donating cookies and other businesses are bringing water and more. WKLK-FM will provide entertainment. Mayor Roger Maki will open the event again, and he officially declared June 15 Senior Citizen Day in Cloquet at Tuesday's city council meeting.

A food "court" will be set up between food trucks, including Room at the Table Catering & Bakery, Julie's Eggrolls, Holy Smokes Catering and K&B Grilled Cheese. Marshall said last year was really as much about getting people out of the house as anything, after being shut inside trying to avoid the pandemic for more than a year. "I had one woman tell me, 'It was so good to see those that survived,'" Marshall said. "It was heartbreaking because it means a lot of people didn't." 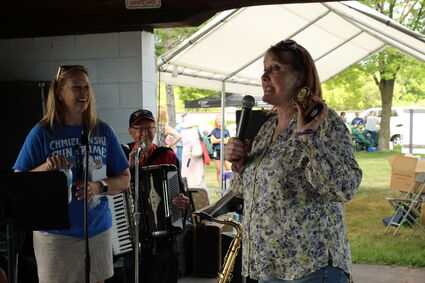 But her goal this year is to also focus on educating people about elder abuse and other risks for seniors. According to the National Council on Aging, approximately one in 10 Americans aged 60 or older has experienced some form of elder abuse. Abusers are both women and men. In almost 60 percent of elder abuse and neglect incidents, the perpetrator is a family member. Two-thirds of perpetrators are adult children or spouses.

This year's event also will include three speakers addressing Alzheimer's disease, home health care and hospice services, and cybersecurity. At least two adult protection agencies will be there, along with representatives from Carlton County and Community Memorial Hospital, Marshall said.

If you don't have transportation, don't worry: Arrowhead Transit will provide free bus rides to and from the event for those who call (800-862-0175) at least an hour ahead for a ride.