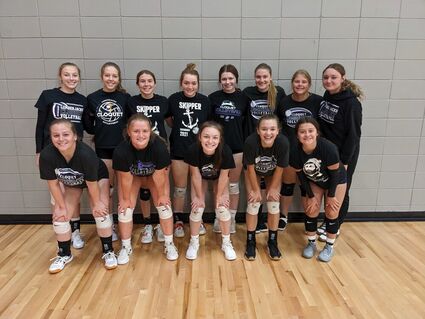 Another exciting high school volleyball season is about to begin as the calendar turns to September. Lots of optimism fills the gyms throughout Carlton County as fresh faces try to replace the graduates. Before previewing this upcoming season, let's recap how things ended in 2021.

The state has four divisions for volleyball: AAAA - the largest schools dictated by enrollment, followed by AAA, AA and A. Duluth East is the only AAAA school in our area. Rankings are based on a Quality Results Formula, or QRF. The formula factors in a team's wins and losses as well as its opponents' wins and losses.

Last season in AAA, Grand Rapids defeated Cloquet to earn the state berth. Out of 61 teams in AAA, in our area the top QRF rankings were Grand Rapids (7), Cloquet (14) and Hermantown (15).

The largest grouping of schools is in Class A,with a total of 158 volleyball teams competing for bids to state. Last year, South Ridge pulled the upset over higher-ranked Barnum to claim the spot. Barnum finished the year ranked at 25, South Ridge 30, Northeast Range 32, Floodwood 36, Cromwell 89, Carlton 94 and Wrenshall at 116.

So now that the teams have been picked and scrimmages are over, let's get a preview of our area volleyball programs.

Expectations: "We lost a lot of experience," Newman said. "We are now looking for balance on the court. These girls have very little varsity experience and haven't played much together. We have good numbers but are looking at a couple of rebuilding years."

Record last year: 7-16, season ended with a loss to South Ridge in first round of playoffs

Expectations: "We are just trying to get better every day," Soukkala said. "Then we will see where we are at for the playoffs. I am still trying to figure out the lineup. Lots of girls could play different positions. We need to be more consistent and take care of the ball. We have a tough schedule with larger schools. And then the favorites in our section will probably be South Ridge, Floodwood and Esko."

Expectations: "We have a lot of versatile athletes and depth, so some players could be moved around if needed," Anderson said. "There is lots of talent, so no reason we should not be competing for conference championship again as well as section championship. A lot of tough teams in our section including Grand Rapids, Hermantown and North Branch."

Expectations: "My expectations are to win," Granholm said. "We need more kills with less hitting errors. Our girls are stronger now with faster arm swings. We are hoping to advance to more than fundamentals by watching setters and hitters and trying to defend."

Record last year: 12-15, lost to Rush City in second round

Expectations: "Last year was disappointing, getting knocked out in the playoffs so soon," Stasiuk said. "But this might be the best team I have ever coached. We are very deep in talent and it is a tight-knit group. They are very hard workers."

Background: Miller takes over for Kelsey Swanstrom as head coach. She is a former setter for the Rebels, graduating in 2007 and a high school English teacher in the district.

Expectations: "We have a taller team, so we are focusing on getting big blocks and playing solid defense," Miller said. "We are a hard-hitting offense and we have lots of talent. The girls have been a lot of fun so far."

Expectations: "The goal is to get back to state," Olesiak said. "We have to keep working hard every day. We have a lot of potential, but still lots of work to do. We have a tough schedule. Floodwood, Ely and Esko are all tough. And we picked up Pine River-Backus to make it even more tough."

Record last year: 8-18, lost to Barnum in second round 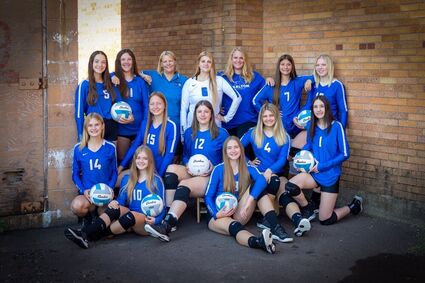 Expectations: "We want to play well and adjust as some girls are playing different positions," Peterson said. "There will be some learning adjustments. But the girls all have positive attitudes. ... Favorites in our section look to be South Ridge, Floodwood and Cromwell."